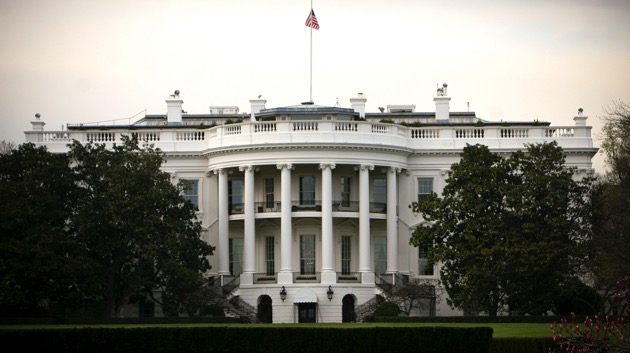 TriggerPhoto/iStock(WASHINGTON) — House Speaker Paul Ryan emerged from a last-minute White House meeting Thursday between President Donald Trump and House Republicans to say that the president told them he will refuse to sign a stopgap funding bill as it's currently written — a measure that would avert a shutdown before a Friday midnight deadline.
Ryan told reporters that he and other GOP leaders were going back to try to add more on border security to the legislation.
Trump had called the meeting on short notice amid criticism that he was "softening" on a key campaign promise.
Earlier, White House press secretary Sarah Sanders announced, “At this moment, the President does not want to go further without border security, which includes steel slats or a wall. The President is continuing to weigh his options.”
Besides Ryan, ABC News confirmed that Freedom Caucus chairman Mark Meadows, House Majority Leader Kevin McCarthy, Whip Steve Scalise and Rep. Jim Jordan of Ohio were at the White House meeting.
Ryan declined to comment as he left the Capitol late Thursday morning. Scalise said he was hopeful that Republicans would pass a bill that meets the president's border wall demand.
"We're talking to the president about the best way to get the wall funded with a bill that actually funds the wall and funds the other agencies of government that expire on Friday," Scalise, a Louisiana Republican, said as he left the Capitol. "We wanna get the $5 billion to secure our border, and let the president have the tools he needs to keep this country safe."
Trump and Ryan spoke on the phone Thursday morning, and all indications are that the call did not go well for House GOP leaders.
The president fired off a tweet, expressing frustrations that GOP leaders promised he’d get border wall funding the last time Trump was cornered into signing a continuing resolution.
Ryan postponed a planned news conference where reporters had anticipated GOP leaders would announce a path forward on government funding.
Earlier Thursday morning, the spending bill appeared to be sailing towards passage. Late Wednesday, the Senate passed a measure by unanimous consent to extend current levels of government spending until Feb. 8, buying lawmakers time to enjoy the holidays and a few more weeks to negotiate a long-term deal.
The House was poised to act on the bill and kick the funding fight down the road – members’ bags are packed, their tickets home booked for tonight – but then conservatives made a move to blow it all up – urging the president to veto the stop-gap measure.
“This is a fumble, and we need to make sure that the president stays firm,” Meadows, of North Carolina, said, as his caucus insisted the short-term deal include the Trump's request for $5 billion for his border wall.
“He's promised not once, not twice, but three different times that he would get border wall funding, and here we are about to punt,” Meadows complained.
With Democrats about to take majority control of the House, conservatives at the Capitol realize this is their last best chance to get any funding for the wall, putting intense pressure on Trump, who is already being hammered by his far-right base for caving on his signature campaign pledge.
So what are the options here?
Despite the objections from the Freedom Caucus, there did not appear to be enough votes here to block the spending bill in the House. Though it is possible Republicans could look to take another vote on a stand-alone measure to fund the wall that would allow the detractors an off-ramp to voice their support for wall funding and displeasure with the continuing resolution.

Given that the continuing resolution is likely to pass, a shutdown would come squarely down to the president and his decision to veto or sign the bill. A shutdown is not likely to bring the president any closer to getting the money he wants for his wall. Democrats are not budging.