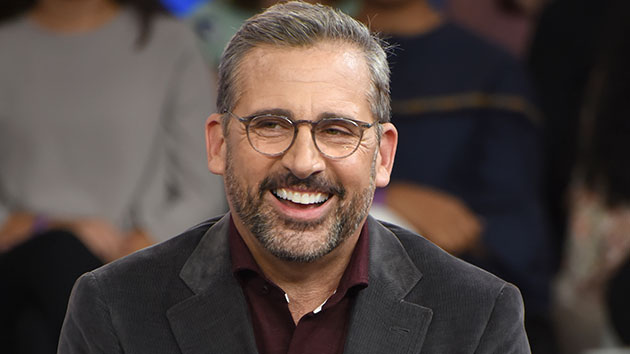 ABC/Paula Lobo(NEW YORK) — Steve Carell's Welcome to Marwen opens Friday, with a performance that apparently moved the real-life man he plays to tears.

"Welcome to Marwen was a challenge because it's a guy who is suffering from post-traumatic stress and it's a person who actually has become my friend," Carell said Thursday on ABC's Good Morning America. "There's the added component of responsibility to get it right."

The fantasy drama focuses on artist Mark Hogancamp, who lost his memory after a devastating physical attack and recovered through an imaginary world he creates and photographs using dolls. Carell initially was worried that Hogancamp might not like the film.

"He called me after he saw the first trailer and left a really cryptic message and said 'Hi, Steve, it's Mark, call me.' And I thought, 'Oh no, boy what does that mean,'" Carell recalled.

"I called him right back and he said, 'I watched the trailer 12 times, I've cried every time. That's my life.' He is a sweet, sweet person and an inspiration because he was able to take this terrible hate crime, something awful, and turn it into something really beautiful," Carell said.

Carell has been busy this year. He can also be seen in Beautiful Boy, where he and Timothée Chalamet play a real-life father and son struggling with the son's addiction problem. And Carell takes on former U.S. Defense Secretary Donald Rumsfeld opposite Christian Bale's Dick Cheney in Vice.

"He's sort of an inscrutable sort of guy. So that was a bit of a challenge," Carell said of the Rumsfeld role. "It's an interesting character to play because so much of it is just left to your imagination as to what he was like behind the scenes."