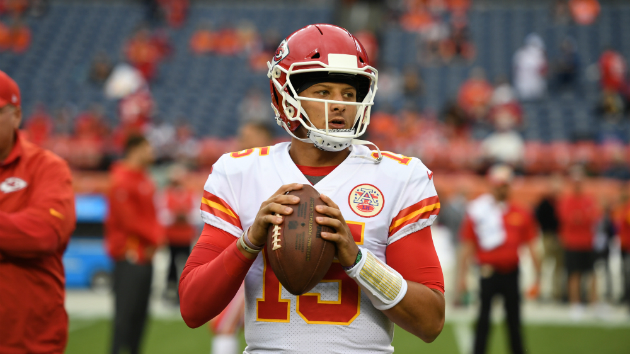 Eric Lars Bakke / ESPN Images(KANSAS CITY, Mo.) — Kansas City Chiefs quarterback Patrick Mahomes has been vocal about his love for ketchup and now, he's been named a brand ambassador for Hunt's.
"I've been a fan of ketchup for as long as I can remember, and the thick, rich flavor of Hunt's ketchup delivers every time," Mahomes said in a press release announcing the partnership Wednesday. "I'm thrilled to be joining the Hunt's team."
Hunt's released a video along with the announcement showing Mahomes squeezing a bottle of ketchup onto macaroni and cheese as he's doing a bicep curl. The company was likely playing off comments the 23-year-old made in a press conference last month.
"I don’t think it’s that weird but I put [ketchup] on my macaroni and cheese," Mahomes told reporters in November. "People seem to think that’s a weird thing. Some people think that’s disgusting, but it’s good to me."