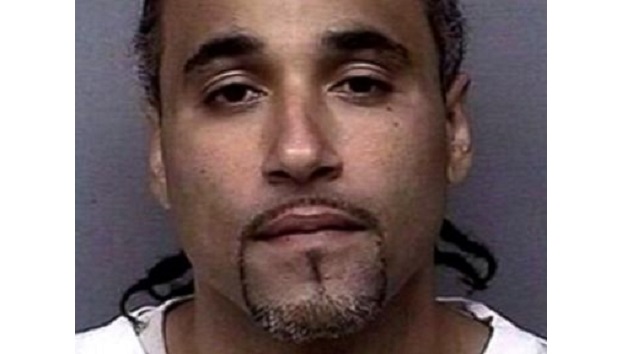 Police Handout (TOPEKA, Kan.) — A man who spent 17 years in prison for crimes committed by a lookalike has been awarded a $1.1 million settlement by the state of Kansas.
Kansas Attorney General Derek Schmidt announced Wednesday that he had agreed to a resolution with Richard Jones, who was imprisoned in 2000 for an aggravated robbery he did not commit.
Jones was convicted of trying to steal a purse in the parking lot of a WalMart in Roeland Park, Kansas, in 1999. There was no physical evidence, DNA or fingerprints that linked him to the crime, and he had an alibi — he was at his girlfriend's home in Kansas City.
But two eyewitnesses misidentified him, telling police that either a light-skinned Hispanic or African-American man committed the crime and picking him out of six mugshots.
He was released last year after the Midwest Innocence Project and the University of Kansas School of Law helped uncover the wrongful conviction. A judge ordered him released after witnesses, including the robbery victim, could not tell him and another inmate in the system, Ricky Amos, apart.
Amos and Jones are close in age, have similar skin tone, the same facial hair and cornrows. Amos has denied any involvement in the crime and will not be prosecuted since the statute of limitations on the crime have expired.
"I hoped and prayed every day for this day to come, and when it finally got here it was an overwhelming feeling," Jones told ABC News last year.
John Cowles, the original prosecutor on the case who is now a criminal defense attorney, told ABC News last year that Jones' conviction was based "solely on eyewitness identification."
"I realized that we had very unfortunately convicted the wrong man," Cowles said. "We spoke at the hearing and he was appreciative and I wished him luck."
Jones' case was the first to be resolved under a new mistaken-conviction statute that went into effect earlier this year, according to the attorney general's office. Two other people have filed mistaken-conviction lawsuits.
In addition to compensation, Jones was granted a certificate of innocence, counseling, permission to participate in the state health care benefits program for plan years 2019 and 2020, and records of his arrest and conviction were ordered expunged and any biological samples associated with his mistaken conviction are ordered destroyed, according to the attorney general's office.
“We are committed to faithfully administering the new mistaken-conviction statute the legislature enacted,” Schmidt said. “In this case, it was possible on the existing record to resolve all issues quickly, satisfy all of the statute’s requirements, and agree to this outcome so Mr. Jones can receive the benefits to which he is entitled by law because he was mistakenly convicted.”
Copyright © 2018, ABC Radio. All rights reserved.