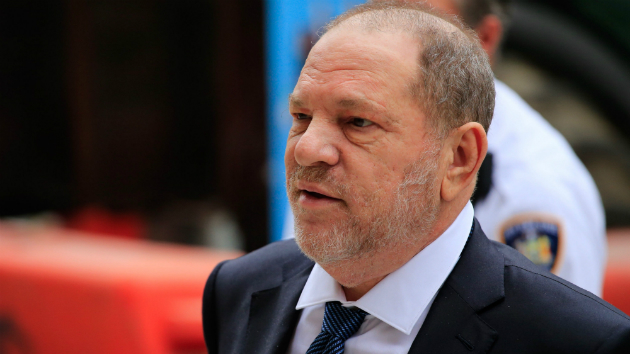 KENA BETANCUR/AFP/Getty Images(NEW YORK) — The remaining criminal charges against Harvey Weinstein were upheld Thursday morning by a New York judge, who rejected a request by the disgraced film producer's attorneys to drop them.
The decision by state Supreme Court Justice James Burke clears the way for prosecutors to try Weinstein, who faces five counts, including rape.
Weinstein is charged with raping a woman in a hotel room in March 2013 and forcibly performing oral sex on another woman in 2006 at his Manhattan apartment. He has denied all allegations of non-consensual sex.
The Manhattan District Attorney's office already agreed to drop one of the charges after it learned a lead police detective in the case instructed a potential witness to keep certain doubts to herself.
The defense has said the conduct of the detective "irreparably tainted" the entire case but prosecutors have said there is "ample evidence" to proceed.