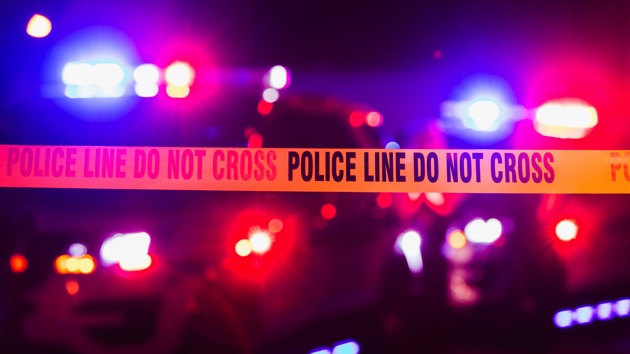 kali9/iStock(MIAMI) — As family and co-workers mourn a Florida librarian who was shot dead in his car, police are hunting for the killer and releasing surveillance video from the crime scene.
Jaime Humet, 47, was shot and killed in an attempted robbery at about 8:30 p.m. on Dec. 10, the Miami Gardens Police Department said. Humet was leaving an ATM at the Dade County Federal Credit Union when the suspect ran up to his car and shot him.
"Words cannot express the sadness we feel over the loss of our colleague Jaime Humet, who worked at Miami Lakes Branch," according to a tweet from Miami-Dade Libraries. "He was a beloved son, brother, uncle & friend."
Newly-released surveillance video shows the suspect's white car pulling up near the ATM where Humet was withdrawing cash, Miami Gardens Police Officer Carlos Austin told ABC News Wednesday. The suspect can be seen getting out of his car and walking toward that area, Austin said.
The video then jumps to after the shooting. The suspect is seen fleeing in a getaway car, Austin said.
"My family has been destroyed," Humet's brother told reporters, according to ABC Miami affiliate WPLG. "My mother will never recover from this."
"My son was like an angel in this world," said Pilar Humet, Jaime Humet's mother, according to WPLG.
The Miami-Lakes Branch Library said it's closed Thursday in Humet's memory as his colleagues "say our final goodbyes."
Anyone with information is urged to call the Miami Gardens Police at 305-474-1560.
A reward up to $13,000 has been offered for a tip leading to the suspect's arrest, police said.