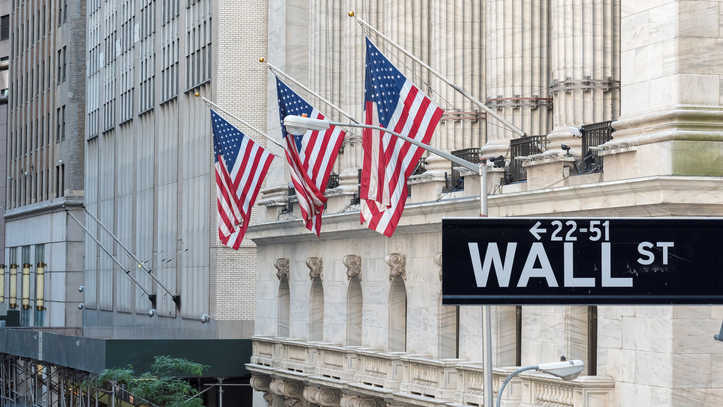 lucky-photographer/iStock(NEW YORK) — The Dow Jones Industrial Average closed at a 14-month low on Thursday, the second consecutive day of sell-offs after the Federal Reserve announced its fourth widely-anticipated rate hike of the year.
The Dow closed 464 points lower at 22,860, a 2 percent decrease. Though the rate hike was expected, the Fed's revised outlook for a cooler economy stoked overall fears about a slowdown. Concerns over a looming government shutdown threatened by President Trump and the continuing trade tensions with China worried investors.
The uncertainty over the economy weighed down all of the indices. The NASDAQ ended at 6,528, down 1.6 percent. The S&P 500 ended at 2,467, down 1.58 percent.
However, market watchers were not entirely bearish.
"Market participants are clearly anxious about the future and neither the Federal Reserve nor the Trump administration appears in any hurry to calm that anxiety. My suspicion is that the Fed will soon find themselves having to break radio silence with a more directly dovish message. They really can’t allow this to fester," noted central bank watcher and University of Oregon professor Timothy Duy told ABC News.
Traders also pointed to technical moves — trading that depends on stocks hitting certain price targets — to offer a more optimistic picture.
"Looking at the market from a technical perspective, it does look like we are due for a rally, at least in the near future. Generally, around holidays we see a boost in asset prices, but unfortunately, if it does rally, more technical and quantitative traders will use the opportunity to sell additional positions at more favorable prices," Michael Matousek, head trader at U.S. Global Investors, told ABC News.
"On the positive side, there were some rather notable derivatives trades today too. One trade was approximately a $1 billion dollar bet that the market will rally, and be higher than current levels by March 2019," Matousek added.