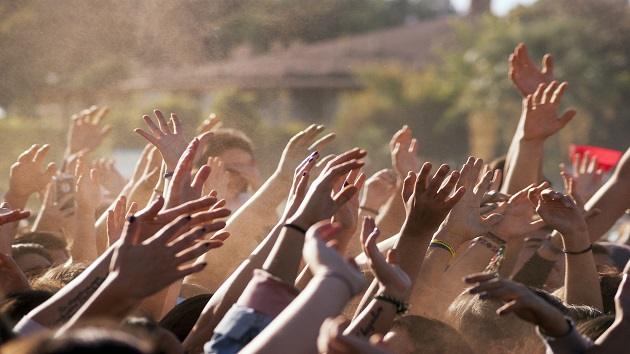 CasPhotography/iStock(WASHINGTON) — As the 2019 freshmen class of senators and representatives is inducted into the age-old traditions of Congress in January, another newer tradition outside of the Capitol building will take place a few days later.
On Jan. 19, 2019, thousands of women will march in the streets of Washington D.C., and other cities across the world, for the third year of the Women's March.
The first Women's March happened in January 2017, the day after President Donald Trump was sworn into office. Organizers planned a second march in Las Vegas in January 2018, and dubbed it "Power to the Polls" ahead of the midterm elections; however, organically formed sister marches were also held in Washington D.C. and other cities that same year.
“We are setting our sights on what happens after all those folks were elected,” Rachel O’Leary Carmona, chief operating officer of the Women’s March, told ABC News.
This year’s formal march will be held in Washington D.C. — much like the 2017 iteration — although there are well over 100 other marches planned for cities across the country and around the world.
“I think that folks need to come together to remember the power and the influence that women built coming out into the streets in 2017 and 2018,” Carmona said.
“People are tired and people are outraged, and what we want to do is demonstrate to folks that we have a strategy and a platform and that we are more organized than ever… despite the fact that it has been a rough two years,” she said.
There will be Women's Marches around the world.
The main march in 2019 will be in Washington D.C., but there are dozens of other marches that are scheduled for the same day. At the time of this writing, there is least one in every state except for Mississippi, Montana, North Dakota and Kansas.
Some states will hold multiple marches: California will have 20; Michigan and Florida will each have eight; and Pennsylvania, New York and Texas will each have seven.
There are a number of marches also listed on the Women's March global events page for Canada, Australia, New Zealand, Indonesia, Israel, Nigeria, Uganda, Zambia, South Africa and more than a dozen countries in Europe.
But the main Women's March will take place on the National Mall.
The timing of the marches and their routes will vary for each, but the details about the main march in Washington D.C. have been released.
Participants are being told to gather at a point on the National Mall at 10:00 a.m. on Saturday, Jan. 19, 2019.
From there, they will begin marching at 11 a.m. to the rally location, on the steps of Lincoln Memorial. The rally will be held from 1:30 p.m. to 4:00 p.m.
As for getting to the gathering location, organizers suggest taking the Metro to either Metro Center, Penn Quarter/Navy Memorial, L'Enfant Plaza or the Smithsonian.
When it comes time to leave, Women's March notes that the Smithsonian, Farragut North and Farragut West Metro stations will be best.
You should be prepared to march in the cold and to carry only what's necessary.
You should dress in comfortable shoes and layers, as the march will be taking place in the winter.
“It’s going to be cold, we want to make sure that folks are taking care of themselves [as] they march outside,” said Carmona.
Organizers note that small backpacks and bags are allowed, but larger bags will have to be stored outside of the march — they suggested Union Station as a possible location.
"Anything that can be construed as a weapon" should also be left at home, including pocket knives, mace, and scissors, she added.
And although it should be obvious that illegal drugs shouldn't be present, there may be some confusion regarding marijuana, Carmona said. Though marijuana was legalized in Washington D.C., it is still illegal on a federal level and the march will be taking place on federal property — the National Mall — so it should be kept at home.
Carmona encouraged people to bring signs and banners, as they have been the best way to display some of the most intriguing slogans of the past two marches. The only limit on them is their size: a maximum of 12 feet high.
Carmona also said that organizers are looking into ways to boost cell phone service in the path of the march, but said that “sometimes you still just run into a pocket” where cell service is hard to find. So, she urged participants “just to really be prepared.”
The speaking line-up will be released soon.
The speaker line-up still hasn't been released a month before the march, but Carmona said that it’s expected to be released in the coming weeks.
A number of Hollywood heavyweights, including Ashley Judd, Scarlett Johansson, America Ferrera and feminist icon Gloria Steinem, spoke at the original march in 2017.