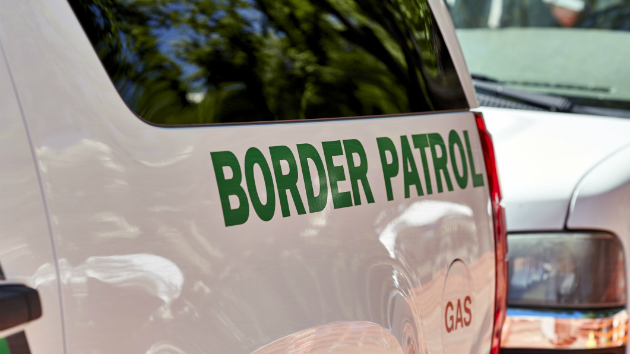 wingedwolf/iStock(WASHINGTON) — With the number of migrant children in U.S. custody nearing 15,000, the Trump administration said Tuesday it will rollback its requirement that everyone in a sponsor's household undergo fingerprinting and an extensive criminal background check.
The move is expected to provide much-needed relief at holding facilities like Tornillo in Texas, which has seen an unprecedented rise in the number of "unaccompanied minors." These are mostly older children and teens who cross the border alone without proper documentation and are waiting for an immigration judge to review their case.
Tornillo, one of more than 130 shelters in the U.S. being used to house migrant children, had become a lightning rod for criticism from congressional Democrats after the population at the tented holding facility doubled in recent weeks to its current population of 2,800.

Company officials told ABC News that BCFS Health and Human Services has refused to accept a government contract past Jan. 1 — effectively beginning the shutdown of the facility.

Company officials have blamed the government for the ballooning camp population, saying onerous FBI background checks and bureaucracy have caused some children to languish at the facility for more than 50 days.
The Health and Human Services Department, which has custody of minors apprehended at the border, said in an email to reporters on Tuesday that it decided to relax its own rules for sponsorship, put in place just six months earlier, after it was determined that more stringent background checks for all household members generally didn't help to identify child welfare risks.
The agency said it would still require fingerprints and extensive background checks of sponsors and that it would continue to review public records checks on all adult members in a house. Some exceptions will be made, such as checks involving children deemed especially vulnerable or if there is some kind of documented risk to the child.
"Our focus is always on the safety and best interest of each child," according to a statement released by HHS. "These are vulnerable children in difficult circumstances, and HHS treats its responsibility for each child with the utmost care."
The administration has come under significant pressure to reduce the population of children being held at the temporary site, including by people who run the holding facilities aimed at minors.
In an internal email, obtained by ABC News, company officials said personnel at the Tornillo facility were “physically and emotionally exhausted and simply cannot continue on this mission.”
Rep. Rosa DeLuro, D-Connecticut, who has called for the shelter to be shuttered, called the move a positive step, but said the "heart" of the administration’s policy remains focused on immigration enforcement rather than child welfare.
"As the lead Democrat on the Appropriations Subcommittee that has oversight over HHS’s care for these children, I will not sit back and enable this administration’s harmful child abuse policies,” she said.
The 14,700 minors in U.S. custody are not related to the Trump administration's "zero-tolerance" policy, which resulted in more than 2,600 children being separated from their families at the border in a matter of weeks. Those children have mostly been reunited with their families, upon a judge's orders. The remaining children in HHS custody are teens who were smuggled through Mexico with other groups of families and single adults.
Copyright © 2018, ABC Radio. All rights reserved.

Austin mass shooting: 13 shot, no suspects in custody: Police
Caitlyn Jenner says she wants to be ‘a thoughtful disrupter’ like Trump
AG Garland defends DOJ decision to continue to back Trump in E. Jean Carroll defamation case
Police did not clear Lafayette Park area so Trump could hold ‘Bible’ photo op: Watchdog
PA outlines guidance for kids not yet eligible for COVID-19 vaccine
Kids under 12 are one step closer to being able to receive COVID-19 vaccines