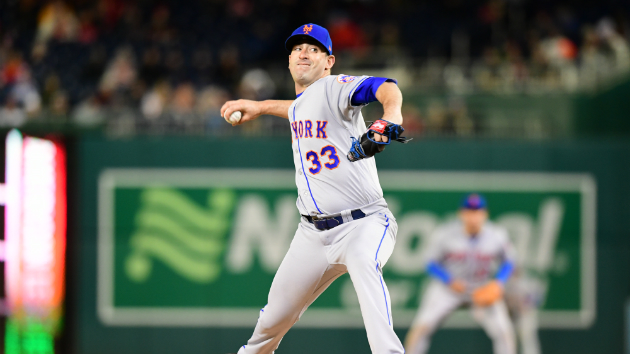 Scott Clarke / ESPN Images(LOS ANGELES) — Free agent pitcher Matt Harvey is reportedly heading out west to play for the Los Angeles Angels.
Citing sources, ESPN reports the Angels have agreed on a one-year, $11 million deal with the right-handed starter.
Harvey, 29, was drafted by the New York Mets in 2010 and made his debut with the team two years later. While he got off to a great start with New York, he was plagued by multiple injuries and was eventually traded to the Cincinnati Reds in May 2018.
In his 24 starts for Cincinnati, Harvey went 7-7 with a 4.50 ERA, 111 strike outs and 28 walks.
At the end of this past season, he opted for free agency.
Copyright © 2018, ABC Radio. All rights reserved.