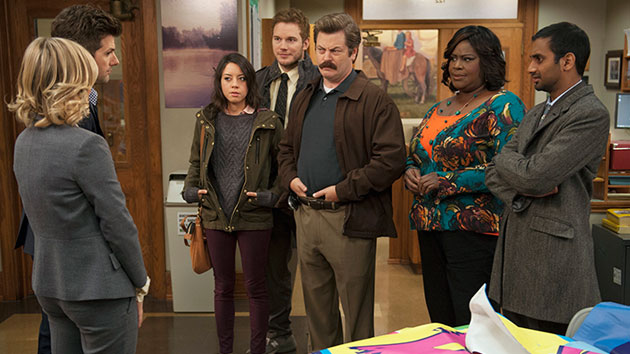 Colleen Hayes/NBC/NBCU Photo Bank via Getty Images(LOS ANGELES) — Get ready for a return to Pawnee, Indiana when the cast of Parks and Recreation reunites on stage next year in Los Angeles to celebrate the show's 10th anniversary.

The event will be part of the Paley Center's annual PaleyFest L.A. March 15-24 in the Dolby Theater. The entire cast of the beloved award-winning comedy is expected to be onstage together for the event, which marks ten years since Parks and Recreation debuted on NBC, in April 2009. Starring Amy Poehler, it helped launched the careers of Nick Offerman, Chris Pratt, Aziz Ansari, Adam Scott, Rashida Jones, Retta, Aubrey Plaza and others.

PaleyFest will also feature panels featuring the casts of FX's Pose and the NBC tearjerker drama This Is Us. For more info, including ticket sales, visit PaleyCenter.org.