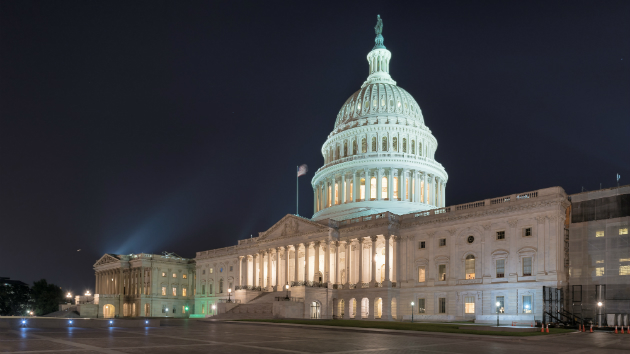 lucky-photographer/iStock(WASHINGTON) — In one of this Congress's final acts, the Senate overwhelmingly approved the most significant change in a generation to prison sentencing laws late Tuesday evening, offering much-needed reforms to the nation's criminal justice system.

By no means is the legislation the only step in reforming the nation's laws, but it's the beginning of a likely long effort to restore the justice system.

"This bill in its entirety has been endorsed by the political spectrum of America," said Sen. Richard J. Durbin, D-Ill., who has led the push for changes. "I can’t remember any bill that has this kind of support, left and right, liberal and conservative, Democrat and Republican."

The First Step Act expands job training and programs to help reduce recidivism rates among federal prisoners. The bill also allows judges to sentence below the mandatory minimum for qualified low-level nonviolent drug offenders who cooperate with the government. It also reduces the second strike mandatory minimum of 20 years to 15 years, and reduces the third strike mandatory minimum of life in prison to 25 years.
The final tally for the Senate vote was 87-12. The measure heads to the House next where it will likely have the votes to pass, before heading to the president's desk to be signed into law.

"America is the greatest Country in the world and my job is to fight for ALL citizens, even those who have made mistakes. Congratulations to the Senate on the bi-partisan passing of a historic Criminal Justice Reform Bill…."

"….This will keep our communities safer, and provide hope and a second chance, to those who earn it. In addition to everything else, billions of dollars will be saved. I look forward to signing this into law!"

The bill's approval would be a notable achievement for Trump's son-in-law, Jared Kushner, who has been the leading advocate for criminal justice reform within the administration and shepherded the White House's legislative efforts.
The issue is a personal passion for Kushner, whose own father spent time behind bars for tax evasion and illegal campaign contributions over a decade ago.

Trump’s embrace of the legislation is a departure from his tough-on-crime rhetoric. While the president in the past has gone so far as to call for the death penalty for drug dealers, the president has gotten on board with a bill that aims to loosen sentencing guidelines for some nonviolent drug offenses.

"We’re all better off when former inmates can receive and reenter society as law-abiding, productive citizens. And thanks to our booming economy, they now have a chance at more opportunities than they’ve ever had before," Trump said in November, announcing his support for the Senate bill.

In addition to giving judges greater latitude in sentencing for some nonviolent offenses, the First Step Act also seeks to beef up anti-recidivism programming for the nation’s prison population.

According to Justice Department figures, approximately three out of every four Americans released from state prison ends up back behind bars within five years, and one in four prisoners in the federal prison system. Despite receiving bipartisan support, there were some skeptics.
Two Republicans, Sens. Tom Cotton of Arkansas and John Kennedy of Louisiana, introduced amendments to limit which types of offenders would be eligible for early-release programs and were fiercely opposed to the legislation.
All were narrowly voted down on the Senate floor on Tuesday.
Copyright © 2018, ABC Radio. All rights reserved.