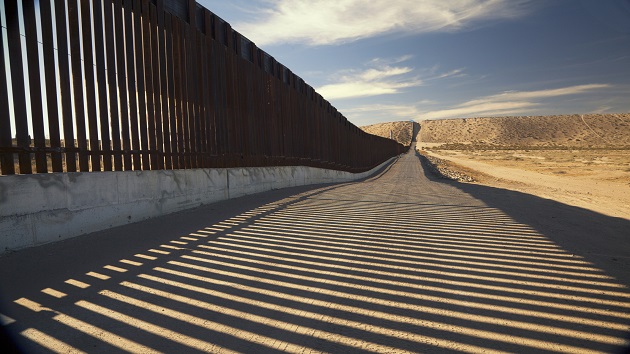 iStock/ElFlacodelNorte(WASHINGTON) — A Washington, D.C., federal judge on Wednesday blocked a Trump administration policy that restricts asylum claims of migrants fleeing domestic and gang-related violence.
In a 107-page ruling that could impact thousands of asylum-seekers, U.S. District Court Judge Emmet Sullivan wrote that "there is no legal basis for an effective categorical ban on domestic violence and gang-related claims" during an early stage of the asylum process known as "expedited removal."
The lawsuit was filed in August by the ACLU and the University of California’s Hastings Center for Gender and Refugee Studies on behalf of twelve adults and children, predominantly from Central America, who told U.S. asylum officers that they were victims of sexual abuse, kidnappings and beatings in their home countries.
One plaintiff, who goes by the pseudonym "Grace," said she fled Guatemala after being raped, beaten and threatened for 20 years by an abusive partner. Local authorities not only refused to help her, but they assisted her persecutor in evicting her from her home, Grace claimed.
Although the asylum officers found that the plaintiffs’ accounts were sincere, they denied their initial "credible fear" claims – an early step in the asylum process – after applying the standards set forth in an immigration decision from June, 2018 by then-Attorney General Jeff Sessions, known as "Matter of A-B-."
Under new Trump administration standards, an asylum-seeker claiming persecution by a non-governmental actor must show that their home government "condoned the private actions" or "demonstrated a complete helplessness to protect" them.
This standard – which Judge Sullivan has now blocked when applied in the expedited removal stage – was a departure from decades-old rules that required asylum-seekers to simply demonstrate that their government was "unable or unwilling to control" their persecutors in order to move forward in the asylum process.
Judge Sullivan wrote that some of the Trump administration’s asylum policies are "inconsistent with the intent of Congress as articulated in the [Immigration and Nationality Act]" and that it is "the will of Congress — not the whims of the Executive — that determines the standard for expedited removal."
Judge Sullivan ordered the government to bring the deported plaintiffs back to the U.S., at no expense to those plaintiffs, to pursue their asylum claims under revised policies.
Steven Stafford, a spokesman for the Department of Justice, said "We are reviewing our options with regard to this ruling, and we will continue to restore the rule of law in our immigration system."
"Under the laws passed by Congress, asylum is only for those who have a legitimate fear of persecution on the basis of their race, nationality, religion, political opinion, or membership in a particular social group. Attorney General Sessions' ruling in Matter of A-B- was about following that requirement," Stafford added.
The ACLU hailed Wednesday’s ruling, calling it "a defeat for the Trump administration’s all-out assault on the rights of asylum seekers." The government’s asylum rules are "unlawful and inconsistent with our country’s longstanding commitment to provide protection to immigrants fleeing for their lives," wrote Jennifer Chang Newell, managing attorney of the ACLU’s Immigrants’ Rights Project, who argued the case.
Judge Sullivan made headlines earlier in the week when he unleashed a tongue-lashing on former White House national security adviser Michael Flynn over his lies to the FBI. After the fiery hearing, Flynn opted to postpone his sentencing and continue to cooperate with prosecutors.