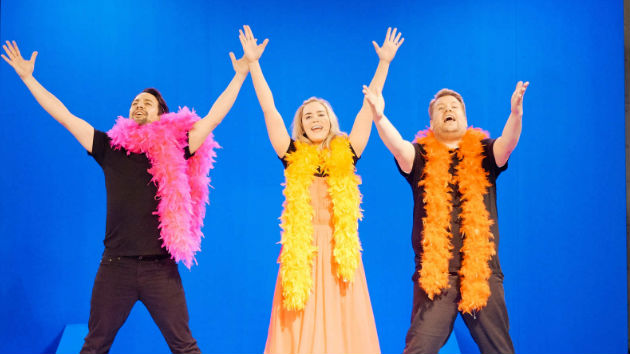 Of course, fellow Tony-winning Hamilton creator Miranda is no stranger to the stage, and Blunt, a Golden Globe nominee for the upcoming Disney adaptation, starred in the movie musical adaptation ofInto the Woods which also starred Corden.

Complete with hasty wardrobe changes, Blunt and company took on snippets from movie musicals like Evita, Beauty and the Beast, Chicago and of course the Mary Poppins film, which Miranda tried to plug — only to be politely chided by Blunt, in character as the magical nanny.