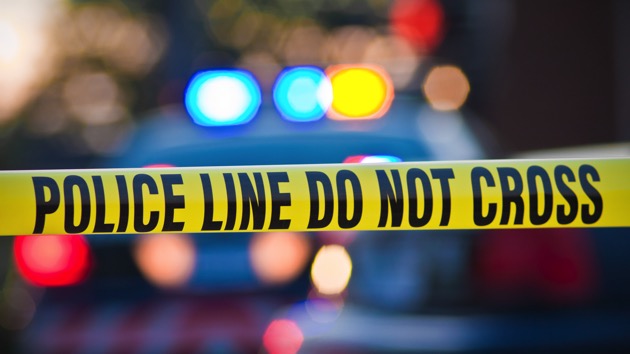 carlballou/iStock(PLANT CITY, Fla.) — A deputy sheriff in South Florida took his own life near a school Wednesday after killing three people believed to be family members, authorities said.
"Today, I stand in front of you with an extremely heavy heart, saddened and disheartened about the events that occurred early this morning," Hillsborough County Sheriff Chad Chronister told reporters at a press conference. "I'm saddened but I'm also disheartened that a deputy sheriff — a Hillsborough County deputy sheriff — would ever, ever cause harm to another individual."
The unidentified deputy, who was a veteran member of the Hillsborough County Sheriff's Office, radioed in to the main channel before 7 a.m. local time and alerted other deputies that he had "caused harm to his family" at two separate locations, according to Chronister. The deputy provided the addresses of the two residences and said he was going to kill himself at Plant City High School.
It was not immediately known why the deputy chose the high school, but investigators believe it was simply because of its proximity to the two residences he had just entered.
A supervisor talked to the deputy over the radio and tried to "talk him down, calm him down," Chronister said. The deputy mentioned how much he loved the sheriff's office and alluded that he had "some type of financial and health issues."
"We're not aware of it, we're not able to confirm it, but he did allude to that," the sheriff told reporters.
Meanwhile, three other deputies located the deputy to the east of the high school grounds and "made every attempt" to convince him not to commit suicide, Chronister said.
"Unfortunately, the deputy took his life on scene in front of the three deputies," the sheriff told reporters.
The Plant City Police Department posted on Twitter that there is a "major police presence" on one side of the school but that "all students are safe" and "this is not a school incident."
Deputies obtained search warrants for both residences, where they found a woman and female child at one location and another woman at the other. All three died from their injuries, according to Chronister. Authorities are awaiting next of kin notifications before releasing identities, but the victims are believed to be the deputy's close relatives.
The Hillsborough County Sheriff's Office is investigating a motive amid the "lengthy process of putting the pieces of the puzzle together," Chronister said.
The deputy, who hasn't been named, had been a member of the sheriff's office since 1991. He had retired briefly two years ago and was rehired this year to provide security at a local elementary school in the wake of the Valentine's Day shooting at a high school in Parkland, according to Chronister, who said the deputy had done "a wonderful job."
The sheriff's office had just recently made the decision to rehire him back permanently as a full-time deputy.
"There's been absolutely no indication of any type of behavioral issues," Chronister told reporters. "Glowing recommendations throughout his entire training process, job evaluations, again no indication whatsoever that would lead us to believe — that would lead a prude and reasonable person to believe — that this deputy would ever conduct himself in a manner that he did."
The murder-suicide comes just three months after another Hillsborough County deputy killed his wife before killing himself, which prompted the sheriff's office to develop a suicide awareness and prevention program for its employees.
"Why is this occurring, I wish I knew. But as an agency, we're certainly being proactive," Chronister said. "I truly believe law enforcement is no different than modern day society. We have to change the culture. We have to make sure that everyone knows that it's OK to ask for help."
Copyright © 2018, ABC Radio. All rights reserved.