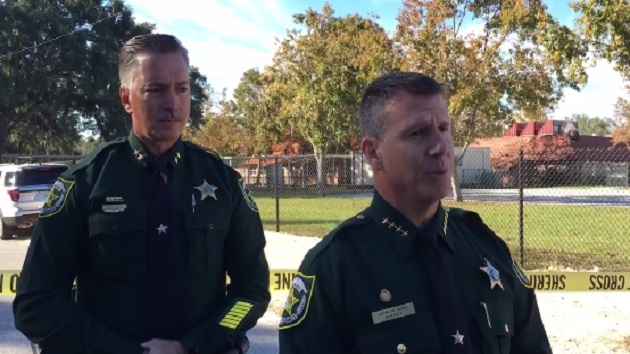 Facebook/OrangeCoSheriff(ORLANDO, Fla.) — Authorities in Florida are searching for clues to find the gunman who shot and killed a 15-year-old walking to school on Monday morning.
Alejandro Vargas, a sophomore at Boone High School in Orlando, was shot around 6:30 a.m. while on his way to class, the Orange County Sheriff's Office announced.
Deputies responded to 911 calls from neighbors of shots fired and a man down, Orange County Sheriff John Mina told reporters Monday. First responders provided aid to Alejandro at the scene but he later died at a local hospital, Mina said.
Alejandro regularly walked to school, but it is unclear if he was on his normal route when he was shot, Mina said, adding that investigators believe he was alone at the time.
Some neighbors heard gunshots but no witnesses to the shooting have come forward, Mina said. A $10,000 reward is being offered for information leading to an arrest in Alejandro's killing, according to the sheriff's office.
The Foundation for Orange County Public Schools described Alejandro as a "fine young man, with a great sense of humor and a love for life."
"Our community is broken and we want to help his family pick up the pieces of their lives in any way possible," the school district said in a statement.
Boone High School Principal Dusty Johns said Alejandro was "tragically killed on the way to school." Grief counselors and additional law enforcement will be on campus to speak to students and staff this week, Johns said.
"Our thoughts and prayers are with the family as they go through this extremely difficult time," Johns said.
The school is working with the OCPS Foundation to provide emergency funds to Alejandro's family, who have created a separate GoFundMe campaign to help pay for funeral costs.
Mina described "the death of a child" as "extremely tragic," especially since it occurred during the holiday season.
"And to have it one week before Christmas, I can’t imagine how the parents are feeling right now," Mina said.
Copyright © 2018, ABC Radio. All rights reserved.