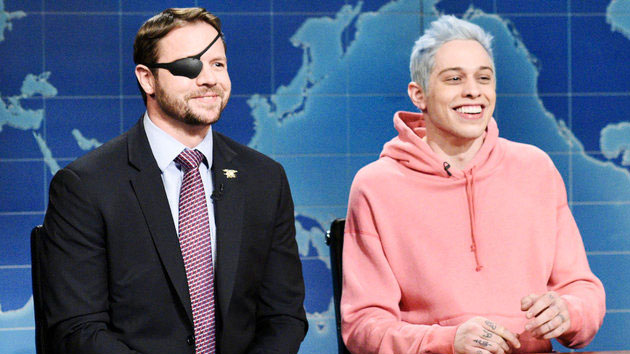 Crenshaw told Houston TV station KPRC that he spoke with Davidson Saturday after the 25-year-old SNL star posted on his since-deleted Instagram: "I really don’t want to be on this earth anymore. I’m doing my best to stay here for you but I actually don’t know how much longer I can last. All I’ve ever tried to do was help people. Just remember I told you so.”

"We don't go back very far," said Crenshaw. "We're not good friends. But, I think he appreciated hearing from me. And what I told him was this: everybody as a purpose in this world. God put you here for a reason. But it's your job to find that purpose. And you should live that way."