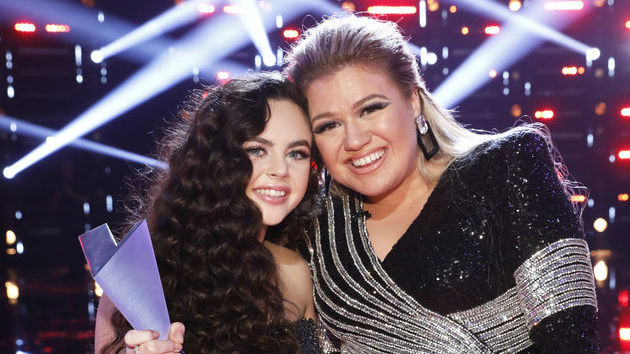 NBC/Trae Patton(LOS ANGELES) — Kelly Clarkson notched her second victory in as many seasons as a coach on The Voice, as her artist Chevel Shepherd was crowned the season 14 winner. She receives a recording contract as her grand prize.

All of Team Adam Levine's members were eliminated prior to the finale.

During the two-hour results show, each finalist performed with a special guest. Holmes joined Kelly Rowland to perform "When Love Takes Over," Rowland’s collaboration with David Guetta; Jay teamed up with Rascal Flattsfor the band's “Back to Life”; Kroeze joined The Doobie Brothers for a rendition of the band’s classic “Long Train Runnin'”; and Shepherd joined Dan + Shay for their hit, "Speechless."

The Voice will be back with a new season February 26 on NBC, with coaches Adam Levine, Blake Shelton, Kelly Clarkson and new coach John Legend.