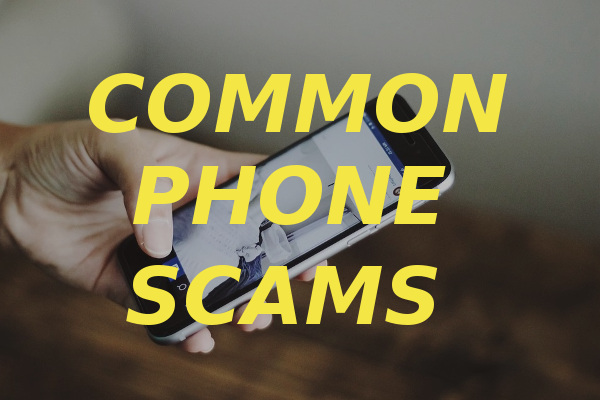 Pennsylvania – If it seems like you got more scam phone calls this year than before, you’re probably right. The unwanted phone calls, also known as robocalling, were one of the most effective ways for scammers to get your money and your personal info.

Don’t expect them to stop around the holidays either.

Most people just hang up whenever they get a phone call from a number they don’t recognize, but there are also phone apps that will help you sort out the good calls from the bad ones.

Aaron Foss from NoMoRoBo, a call blocking company based in New York, says no matter how careful you are with your info, you’re still probably getting the calls. His company claims to be more than 99 percent effective at blocking the calls.

Listen to the interview with Keith Combs from ABC News and Aaron Foss from NoMoRoBo.

The most common robocall scams that people fell for this year:

Caller I.D. spoofing.  That’s where they make it look like the call is coming from your own area code, so you’re more likely to pick up.  It was the most common type of robocall people got this year.  And a lot of people got them CONSTANTLY.

The Chinese consulate scam.  You’ll only know this one if you speak Mandarin.  But it conned a lot of people this year.  Basically, a message in Mandarin says there’s a package for you at the consulate.  And you have to give up your credit card info to get it.

Health insurance scams.  First you get a robocall offering a better plan with a great discount.  So you call back, and they ask for your bank information.  Look out for that one, because there’s usually an uptick in health insurance scams this time of year.

Search engine optimization scams.  Small business owners got targeted by robocalls claiming they were about to be dropped from Google’s index unless they paid up.

IRS scams.  A robocall CLAIMS it’s the IRS trying to get in touch about a tax bill.  They make it sound extremely urgent, like you’re facing jail time or a huge fine.  And they’ll even use fake IRS badge numbers to sound legit.

By the way, a recent study found robocall scammers are most likely to hit on a Monday.  It’s when 24% of all fraudulent robocalls happen.