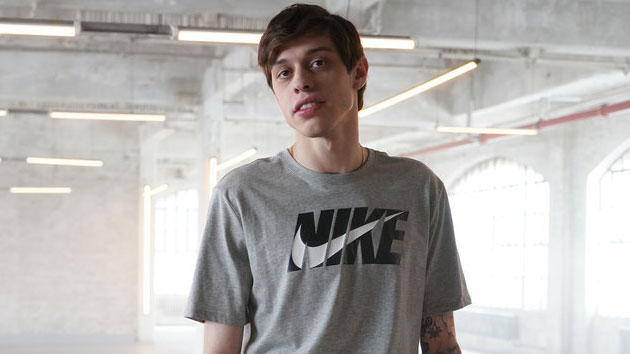 A source said to be close to Michaels told Page Six in a statement, "The decision was taken to give Pete a break on Saturday night — his sketches were dropped before the early evening rehearsals. Lorne has pledged to help all he can, including sending Pete to get help."

The source added, "Everyone on the cast is hugely protective of him and were obviously upset — particularly Colin Jost and Michael Che on Weekend Update."

As a result, 25-year-old Davidson only appeared twice on Saturday's show: in a pre-recorded segment, and briefly live on camera introducing Miley Cyrus and Mick Ronson's second performance of the night.

As for next steps, sources tell Page Six the comedian will return to the show in the New Year when SNL comes back — Saturday's episode was its last of the season. There reportedly haven't been any conversations about him taking time off.

As previously reported, after Davidson injected himself into a Twitter spat between his former fiancée, Ariana Grande, and Kanye West, Davidson wrote on Instagram, "i really don’t want to be on this earth anymore. i’m doing my best to stay here for you but i actually don’t know how much longer i can last.” He then deleted his Instagram account.

The NYPD subsequently sent an officer to the SNL studios to conduct a "wellness check" on Davidson, who was pronounced "fine." Meanwhile, Grande tweeted that she was at the studios as well and was offering support — she then deleted the tweets — but TMZ reported that Davidson refused to see her.

Father of 8 was set to get 2nd vaccine dose, but contracted COVID-19 and died
Latinas exited workforce at highest rate during pandemic: Report
The Beatles documentary ‘Get Back’ to premiere as three-part event on Disney+ this November
Ryan Reynolds teams up with Match and out-of-work wedding singers to get you to “Get Back to Love”
US Marshals lack resources to keep judges safe: Inspector general report
Report: MLB to crack down on foreign substances