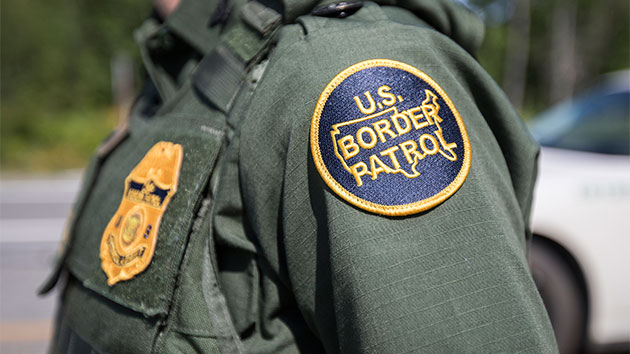 Scott Eisen/Getty Images(WASHINGTON) — Migrants are showing up in groups of 100 or more at remote parts of the U.S.-Mexico border that aren’t equipped to handle the influx, U.S. Customs and Border Patrol Commissioner Kevin McAleenan said Tuesday.
It's a new phenomenon to challenge the agency’s resources shortly after a 7-year-old Guatemalan girl died in U.S. custody.
One of the remote locations where agents are under-resourced is at the Lordsburg Border Patrol Station in New Mexico, where 7-year-old Jacklin Caal Maquin was held hours before she died.
McAleenan visited the station Tuesday with members of the Congressional Hispanic Caucus. They went with the intent to find out more about the circumstances of Maquin’s death, which is now the subject of an ongoing investigation by the Department of Homeland Security's Inspector General.
“The crossings in this area are up tenfold since 2014," McAleenan said on a call with reporters after the visit. "This is an area that saw very few crossings per day, on average, in any prior year of reference. So this is a very different phenomenon.”
In a phone interview from outside the facility, Rep. Lou Correa, D-California, said the tour confirmed what McAleenan described and that it was clear Border Patrol agents are “not prepared to address this refugee crisis.”
“The mission has changed completely," Correa said. "They are going from stopping drugs to addressing a humanitarian issue of refugees coming to our southern region.”
Beginning in mid-October and reaching a peak in December, the agency started to see “extremely large groups” arriving several times a week and consisting mostly of families and unaccompanied children, McAleenan said.
In the last three days, they've seen two groups of more than 200 people, he said, while the Lordsburg station is staffed with about four agents at a time, usually on eight-day rotations.
He said groups are largely traveling from Guatemala to the New Mexico border by bus, often for four or five days at a time and for 16-hour stretches. According to McAleenan, the “new smuggling cycle” involves more families and unaccompanied children.
“A group as large as 250, you're going to have medical issues,” McAleenan said.
The Congressional Hispanic Caucus members who toured the facilities described it as unconscionable and emotional, urging for a reorganization of resources that would address what they called a “humanitarian crisis.”
Correa, who said he spoke with Border Patrol agents about where they needed resources, said they told him they “weren’t ready” for what they were facing. When asked about a border wall, they said they didn’t see it as “brick and mortar” but as more resources.
“They said we want better equipment, more personnel, we want to do our job. They said that's what a border wall should be,” Correa said.
Rep. Ben Ray Luján, D-New Mexico, described “inhumane” cells inside Lordsburg, with a mix of adults and children who shared a single toilet.
Chairman-elect of the caucus, Rep. Joaquin Castro, D-Texas, said a range of systemic failures in Maquin’s case and at facilities near the border should lead to McAleenan’s resignation.
Rep. Raul Ruiz, D-California, who worked as an emergency room doctor, spoke to the specifics of Maquin’s death, the handling of her care and the equipment he saw at the port of entry where she was apprehended and at Lordsburg, where she was eventually taken.
“What I’ve found here is there are some really serious systemic obstacles, and problems, and failures in the system, to provide the care that a child so lovingly deserves when they're in our custody,” Ruiz said at the press conference outside the facility.
He called for complete physical examinations of any “vulnerable populations,” including young children,” that come through the ports of entry. Had this been done, he said, Maquin could have been airlifted to a hospital sooner.
Ruiz and other members of Congress called for an independent investigation into the healthcare resources at the border.
“It’s sad that Jaklin’s death had to happen to bring all of us here again to refocus on the issue of the border and the border wall, and I say that with anger because of what's happening in Washington right now,” Correa said.
Copyright © 2018, ABC Radio. All rights reserved.