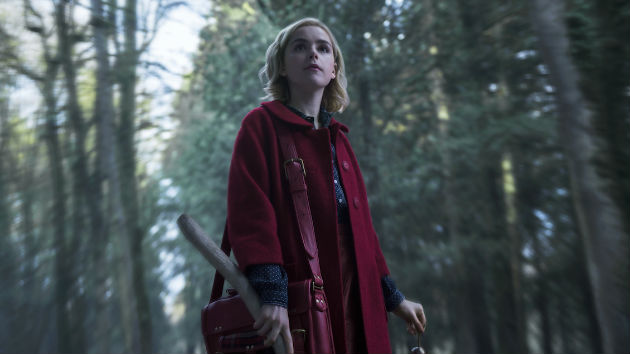 Diyah Pera/Netflix(LOS ANGELES) — Sabrina will officially be casting her spells for even more episodes.

Chilling Adventures of Sabrina, starring Kiernan Shipka as the teenage witch, has been renewed by Netflix for 16 additional episodes to air in two parts. The new episodes — parts three and four of the series — will begin production in 2019.

As previously announced, part two of the series will premiere April 5, 2019.

Creator and executive producer Roberto Aguirre-Sacasa said in a statement that he is “thrilled to be continuing to tell Sabrina's chilling adventures with our incredible cast and crew, led by the unstoppable Kiernan Shipka.”

Part one of Chilling Adventures of Sabrina premiered on Netflix this past October, while a special holiday episode, titled “A Midwinter’s Tale,” came out last week.