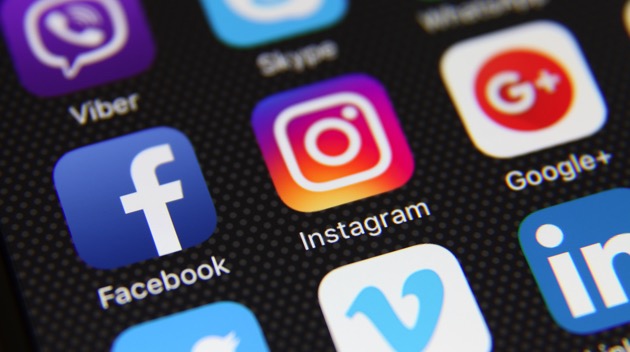 alexsl/iStock(BALTIMORE) — The NAACP on Tuesday called for a week-long Facebook “LogOut” to protest, in part, new revelations about the breadth of Russia’s online misinformation campaign and its targeting specifically of the African-American community on social media – an issue that Facebook said it takes “incredibly seriously.”
NAACP Director of Communications Malik Russell told ABC News that the new information, disclosed in a pair of independent reports prepared for U.S. lawmakers, was “a factor” in the protest, but the group had long been concerned about the “use of Facebook by external and internal forces as a voter suppression tool, as well as continued privacy issues,” among other factors.
On Monday two independent research groups, one led by Oxford University and the other by the cybersecurity firm New Knowledge, published reports prepared for the Senate Intelligence Committee that shed new light on the expansive scope of Russia’s purported propaganda campaign before and following the 2016 presidential election over a wide array of websites and social media platforms.
While the reports found that the campaign targeted groups at each end of the political spectrum in an effort to damage Democratic presidential nominee Hillary Clinton’s electoral chances and more broadly to sow political and social discord in the U.S., each report highlighted the particular effort that the Russians appeared to have put into dividing and suppressing the African-American vote.
The New Knowledge report said the Russians “created an expansive cross-platform media mirage targeting the Black community, which shared and cross-promoted authentic Black media to create an immersive influence ecosystem.”
For example, New Knowledge identified a “Black Matters” campaign that it said the IRA ran like a “midsized media ‘brand,’” with its own dedicated Facebook pages, Twitter account, Instagram account, YouTube videos, Tumblr page, Google ads, Facebook ads and even an associated SoundCloud account. That “brand,” however, was just part of a larger online network where it was intertwined with other IRA content targeting African-Americans as well as legitimate African-American-focused pages and accounts.
The reports also identified Facebook-owned Instagram, another target for the NAACP’s “LogOut,” as a new battleground in the propaganda war, after Russian trolls purported shifted much of their focus there in 2017.
In a press release Monday, the NAACP called on Congress to conduct further investigation into the reports’ findings.
But the new Russia-related reports have only come after a number of grievances with Facebook that the NAACP identified on its website, including the Cambridge Analytica personal information breach and allegations that Facebook ads on real estate are not being served fairly. The NAACP announced it had returned a “monetary donation [it] had recently received from Facebook.”
On Monday, the Congressional Black Caucus called on President Donald Trump to work with U.S. federal agencies to stop foreign influence and said it would also “like to hear directly from [co-founder] Mark Zuckerberg at Facebook, and CEOs of other companies whose platforms were weaponized, about what they knew, and concrete steps they will implement to address future attempts at disinformation campaigns.”
“We cannot allow the deceit and misinformation that characterized the 2016 elections to be repeated in the future,” the CBC statement said.
Representatives for Facebook did not immediately respond to a request for comment for this report, but Tuesday Facebook’s Chief Operating Officer Sheryl Sandberg published a statement on a "civil rights audit" the company had undertaken beginning in May. Sandberg noted the voter suppression concerns raised by the new reports and said Facebook takes the issue “incredibly seriously.”
“In addition to working to prevent voter suppression, we’re also building on our efforts to encourage voter registration and engagement,” Sandberg wrote. “When people turn 18, and ahead of elections, we remind them to register to vote. We help them find their polling places and remind them to vote on Election Day. This year, we also added a feature that lets people ask their friends to join them in registering to vote.
“We know we need to do more… The civil rights audit is deeply important to me, and it’s one of my top priorities for 2019,” Sandberg wrote.
As far as the Russian propaganda effort more generally, in a statement provided to ABC News Monday prior to the publication of the Russia-related reports, Facebook said, “As we've said all along, Congress and the intelligence community are best placed to use the information we and others provide to determine the political motivations of actors like the Internet Research Agency. We continue to fully cooperate with officials investigating the IRA's activity on Facebook and Instagram around the 2016 election.”
The company said it has also “made progress in helping prevent interference on our platforms during elections, strengthened our policies against voter suppression ahead of the 2018 midterms, and funded independent research on the impact of social media on democracy.”
Copyright © 2018, ABC Radio. All rights reserved.