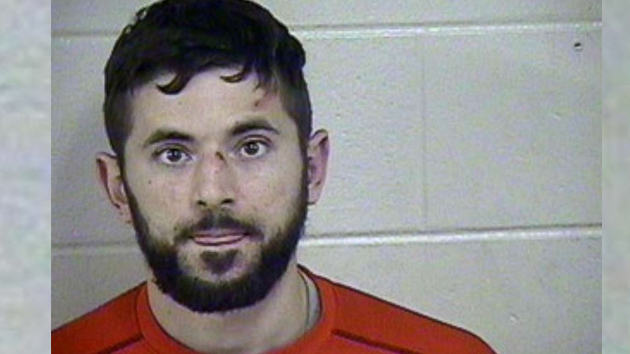 Greenwood Police(KANSAS CITY, Mo.) — A 6-month-old girl who was allegedly left to drown in an icy pond by her father is "greatly improving," police announced Tuesday.
On Monday morning just after 10 a.m., a man entered the Greenwood Police Department, telling authorities that he had just drowned his child, police said in a press release.
The investigators who spoke to the man hurried to the location where he said he left his daughter and pulled the baby out of the frigid pond off Doc Henry Road, police said. They performed CPR and were able to get her to breathe normally, then removed her wet clothes and wrapped her in one of the officer's uniform shirts to warm her, police said.
The baby was then taken to the hospital, where she is recovering but in good health, police said.
Greenwood Police Lt. Aaron Fordham said Tuesday that the child is "greatly improving" and "continuing to make progress," ABC Kansas City station KMBC-TV reported.
She had a body temperature 87.9 degrees when she was taken to the hospital, indicating hypothermia, according to KMBC-TV.
The father was taken into custody and transported to jail, police said. He is identified in charging documents as 28-year-old Jonathon Zicarelli of Greenwood, KMBC-TV reported.
Zicarelli appeared "emotionally removed" when he informed police of what he had done, according to the local station.
Once the responding deputies arrived to the scene, they found the girl floating face up, appearing lifeless, KMBC-TV reported. When they pulled her out of the pond, she had mud in her eyes and grass and water in her mouth, according to the station.
Police believe she was in the water for up to 10 minutes, KMBC reported.
Zicarelli allegedly told police he had planned to kill the child for more than 24 hours to make things easier on his wife, who was stressed out about the holidays and trying to provide for the family, KMBC-TV reported.