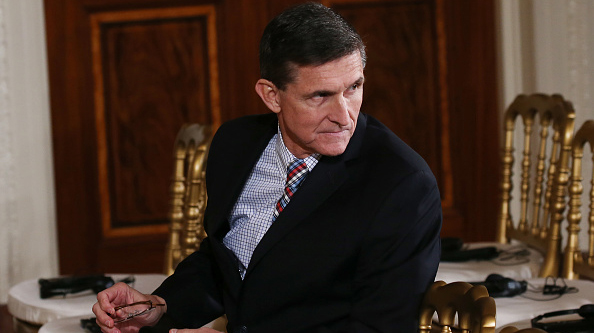 Mario Tama/Getty Images(WASHINGTON) — Two former business associates of Michael Flynn, President Donald Trump's former national security adviser, have been indicted for conspiring to influence both U.S. politicians and public opinion concerning a political rival of Turkish President Recep Tayyip Erdogan in 2016.
Prosecutors charged Bijan Rafiekian, also known as Bijan Kian, and Kamil Ekim Alptekin with acting as unregistered agents of the Turkish government in a plot centered around Turkish cleric Fethullah Gulen, who lives in Pennsylvania. U.S. Department of Justice attorneys allege the two business associates “sought to discredit and delegitimize the Turkish citizen in the eyes of politicians and the public, and ultimately to secure the Turkish citizen’s extradition.”
Alptekin is also charged with several counts of lying to federal investigators about his roles in the operation.
Gulen has been blamed by the Turkish government for orchestrating a failed military coup against Erdrogan’s government.
According to the indictment, Flynn, Kian and Alptekin's secret lobbying effort against Gulen, initially dubbed the 90-day "Truth Campaign" and later named "Project Confidence," began in late July 2016, after the U.S. Justice Department rejected the Turkish government's request to extradite Gulen from the United States earlier that year.
The indictment details how Kian and Alptekin plotted a 90-day anti-Gulen campaign – and disguised the fact that the real source of funding for the operation was the Turkish government.
The whole time, Kian and Alptekin were in contact with high-level Turkish officials, receiving a "green light" from unnamed Turkish ministers on the procedure of the operation and arranging a meeting with the ministers in New York City in September of 2016, according to the indictment.
In November of 2016, The Hill published an op-ed written by Flynn comparing Gulen to Osama bin Laden and urging the U.S. to “adjust our foreign policy to recognize Turkey as a priority.”
“The forces of radical Islam derive their ideology from radical clerics like Gülen, who is running a scam,” Flynn wrote. “We should not provide him safe haven. In this crisis, it is imperative that we remember who our real friends are.”
Though not mentioned in the indictment, ABC News has also previously reported that Flynn was also accused of raising the idea of kidnapping Gulen to be turned over to the Turkish government. Flynn's lawyer has denied any such discussion.
Kian's attorney Robert Trout declined to comment on the matter.
During an interview with ABC News in May 2017 Alptekin had denied ever working for the Turkish government.
"I've never represented the government of Turkey,” he said. “All of the reports that implicated or imply that I was in any way representing the government are simply not true."
Bijan Kian faces up to 15 years of imprisonment, and Kamil Ekim Alptekin faces up to 30 years of imprisonment.
Although Flynn, identified as "Person A," is described in the court filing as heavily involved in the lobbying operation, he is not a defendant in the new indictment.
The revelation of the indictment, which was unsealed on Monday, comes on the eve of the retired three-star general Flynn’s sentencing hearing. Last December, Flynn pleaded guilty to lying to the FBI and agreed to cooperate with Special Counsel Robert Mueller in his ongoing investigation of Russian interference in the 2016 election.
According to a sentencing memo submitted by Mueller's team earlier this month, Flynn has provided "substantial assistance" in several unspecified investigations, one of which is believed to be the Turkish lobbying effort involving Kian and Alptekin. Special counsel's prosecutors have asked the judge for no prison time for Flynn, citing his assistance.