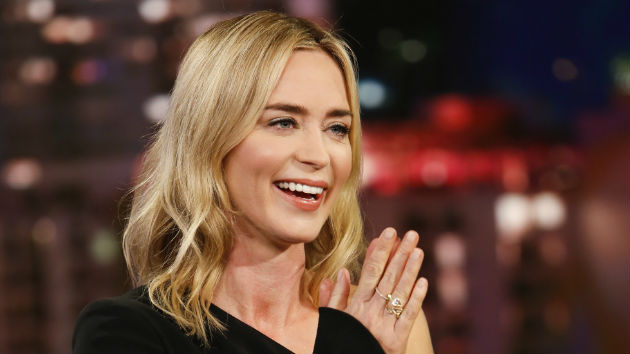 ABC/Randy Holmes(NEW YORK) — Emily Blunt channels the beloved British nanny Mary Poppins in the highly-anticipated movie, Mary Poppins Returns.
Blunt, who's already been nominated for a Golden Globe and two SAG awards for the film, was director Rob Marshall's first and only choice to take on the role. But the actress said she didn't go back and re-watch the original starring Julie Andrews.
"Julie Andrews is so beautifully brilliant in that first one and I didn't want to sort of be intimidated by it and by what she did," Blunt said Monday on Good Morning America. "And so I just decided to read the books — she's quite different in the books so I just took it from there."

While filming, Blunt got to work with the legendary Dick Van Dyke, who appeared in the 1964 Mary Poppins movie with Andrews.
"He's got more energy than anybody in this room and when he got up on that desk and started tap dancing I thought, 'This is it. If I die today I will have seen the best thing in my life,'" Blunt said of the 93-year-old actor. She added, "He's still got it. He's amazing."

Blunt also says her husband, John Krasinski, got a little emotional while watching the film, but that's not an uncommon occurrence for a movie like this.

"Most people cry when they see this film — even my most cynical of friends," she said. "My dad too. My dad, truly it was a memory I will have on my deathbed because he doesn't cry and he was overcome. He just was beetroot red from trying not to cry when he saw me."

Mary Poppins Returns is in theaters on Wednesday from Disney, the parent company of ABC News.