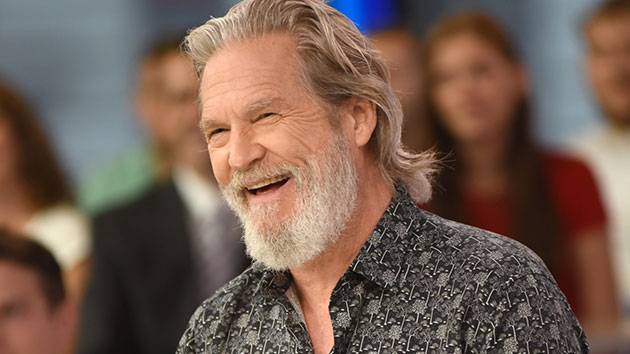 ABC/Paula Lobo(LOS ANGELES) — The Dude's getting some new bling for his pad. Jeff Bridges will be the recipient of the Cecil B. DeMille Award at the Golden Globes next month.

The actor, director a producer, who turned 69 earlier this month, is being honored for his "brilliant body of work across diverse genres" that "has captured the hearts and minds of audiences worldwide for more than six decades," Hollywood Foreign Press Association President Meher Tatna said in a statement announcing the honor.

Bridges has been nominated as an actor for a Golden Globe four times and has one once, for his role as a down-and-out country music star in 2009's Crazy Heart, for which he also received the best actor Academy Award.

Bridges is also best-known and loved for roles in films including The Last Picture Show, Starman, The Fabulous Baker Boys, The Fisher King, and The Big Lebowski. More recently he delivered critically acclaimed performances in movies including True Grit and Hell or High Water, receiving Oscar nominations for his work in both, and a Golden Globe nod for the latter.

Danny Glover, Samuel L. Jackson to receive honorary Oscars
Michael B Jordan says he will rename his new rum company following cultural appropriation backlash
Vin Diesel confirms Cardi B will be involved in ‘F10,’ will help bring franchise to a satisfying conclusion
GM to increase electric vehicle investment to $35B through 2025
Wunmi Mosaku explains why she “loves and admires” her ‘Loki’ character Hunter B-15
NBA names five finalists for its Kareem Abdul-Jabbar Social Justice Champion award