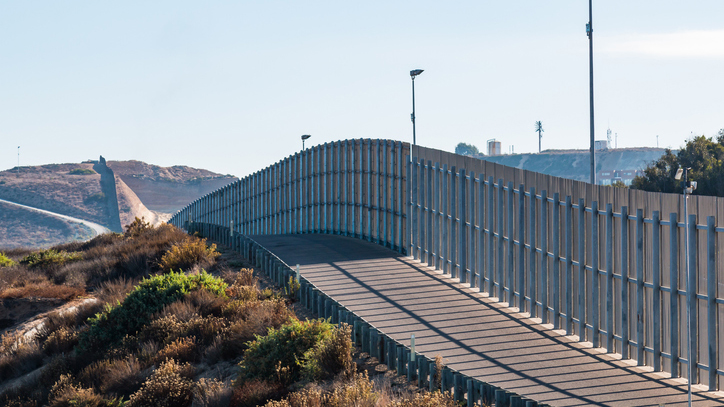 Sherry Smith/iStock(WASHINGTON) — As congressional Democrats call for investigations, members of the Congressional Hispanic Caucus planned to inspect the U.S. Customs and Border Protection station where a 7-year-old Guatemalan girl was in U.S. government custody just before she died.
Among their other questions, members of the caucus say they want to find out details of the medical attention provided and whether or not Border Patrol is equipped for the challenges it faces — challenges Rep. Lou Correa, a Democrat from California's 46th District, said are different now.
"In the past, most migrants were males, single," Correa said in a phone interview with ABC News. "Today, I think that's merged into something different. We truly may have, and do have, a humanitarian refugee crisis at our southern border."
People attempting to cross the border now pose a "whole different set of issues and a whole different set of needs," said Correa, who's expected to become chairman of the House Oversight homeland security subcommittee in the new Congress in January.
At least eight caucus members will head to the border station in Lordsburg, New Mexico, where Jakelin Caal Maquin was taken after she and her father were apprehended on the evening of Dec. 6 in a remote area of New Mexico desert. Officials said the father and daughter attempted to access a port of entry as part of a large group of around 160 migrants. The group was apprehended by four agents, officials said, none of whom were medical staff but were trained to provide medical examinations. After a little more than eight hours in Border Patrol custody, Maquin started suffering seizures and later died of septic shock, fever and dehydration in a children's hospital where she was airlifted, according to a DHS account.
Caucus members expect to tour the facility and meet with CBP officials for a detailed briefing, Correa said. According to a press release, the caucus intends to find out "how these stations are equipped to protect the health and safety of those seeking refuge at our borders."
Among other questions, Correa said the caucus will focus on the experience of border patrol agents.
"What is it that they're seeing, as workers, the boots on the ground?" Correa asked. "They're the ones essentially facing these challenges. What is the mission, what are the resources, have things changed?"
Sen. Dianne Feinstein, a California Democrat on the Senate Judiciary Committee, shared similar concerns in a letter to Customs and Border Commissioner Kevin McAleenan on Monday, asking why the government wasn't better prepared to deal with such situations.
"Not ensuring that basic necessities are provided to young children who have made the long and arduous journey through the desert, violates legal requirements, national standards, and fundamental decency," Feinstein wrote.
On Friday, DHS officials said the DHS Inspector General would launch a probe to understand the circumstances surrounding Maquin's death, which came just days after her birthday.

Attorneys for Maquin's family said in a press conference Saturday that autopsy results were not made public by either the El Paso County medical examiner or the Providence Children's Hospital in El Paso, where Maquin died.
According to an unclassified government report obtained by ABC News, Maquin appears to have been one of four people who died this month trying to cross the Mexico border, and one of more than 260 this year.
The figure represents migrant deaths recorded by border officials within their area of responsibility and is not exclusive to people in U.S. custody.
The questions outlined by the Congressional Hispanic Caucus ahead of their trip follow comments McAleenan made at a Senate hearing last week, at which he said the agency's short-term holding cells are "incompatible" with the current task of holding families and children.

The stations were built "decades ago to handle mostly male single adults in custody, not families and children," McAleenan said while testifying before the Senate Judiciary Committee.
McAleenan has come under fire from Democrats over his choice to not tell the committee about Maquin, who died in the days before his Senate hearing.

In a letter responding to Rep. Kevin Yoder, the chairman of the House Appropriations homeland security subcommittee, McAleenan defended the decision, saying it wasn't confirmed at the time that Maquin's mother had been notified and he didn't want to "risk politicizing the death of a child."
McAleenan said he welcomed the review and report by the DHS inspector general.
“While reasonable concerns on the timelines of notification have been raised, and will be addressed, I am proud of our agents in the field, their efforts to rescue this little girl, and the professionalism and dedication with which they carry out their mission every day,” he said.
In addition to Feinstein, another Democrat on the Senate Judiciary Committee who questioned McAleenan during the oversight hearing last week criticized him for not disclosing information about Maquin's case.
Sen. Amy Klobuchar, a Minnesota Democrat, said in an interview on NBC on Sunday that McAleenan should've disclosed more information during the testimony.
"I look at the face of that sweet little girl, 7-year-old Jakelin Caal. She looks like the faces of the kids that were in my daughter's second-grade class. And he came and testified before us," Klobuchar said on NBC's "Face the Nation." "But he didn't even mention that this had happened."
Klobuchar questioned whether McAleenan's choice not to tell the committee, saying CBP is required by law to disclose any deaths of people in its custody to members of the Senate and House within 24 hours. Congress needs to "get to the bottom of that," Klobuchar said.
While the law doesn't apply to McAleenan's public, televised testimony, two other members of Congress, Reps. Jerrold Nadler, D-N.Y., and Zoe Lofgren, D-Calif., said in a letter Friday that CBP "failed to follow the reporting requirements" of notifying Congress within the 24-hour window under the law.
On Sunday, a vigil was held for Maquin in El Paso, where she was hospitalized before she died. Protesters held signs calling for justice for her and an end to deaths at the border.