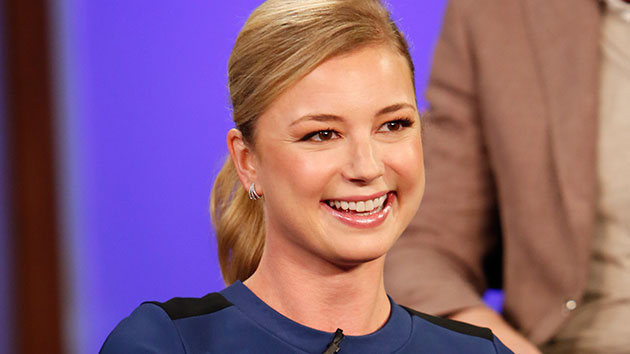 ABC/Randy Holmes(NEW YORK) — If you're a fan of the TV show Revenge, you'll be excited to hear that two of your favorite series stars just tied the knot in real life.

Actors Emily VanCamp and her former co-star on the show, Josh Bowman, got married Saturday in the Bahamas.

The 32-year-old actress and current star of TV's The Resident shared a photo of the duo on her Instagram account, thanking those that made the special day possible.

“Thank you to all of our friends and family who made their way to celebrate with us!" she wrote. "We are eternally grateful. And to @lelarose and your incredible team for creating my dream dress… Thank you times a million."

VanCamp and Bowman met on the set of the set of Revenge in 2011 and starred in the hit drama series for four seasons, until the last episode in 2015. Their characters, Emily Thorne and Daniel Grayson, were also married at one point on the show.

VanCamp announced her engagement to Bowman in June 2017. The duo don't speak about their relationship much, but Bowman is often featured on VanCamp’s Instagram account. In a 2017 post, VanCamp called her new husband "my favorite human."