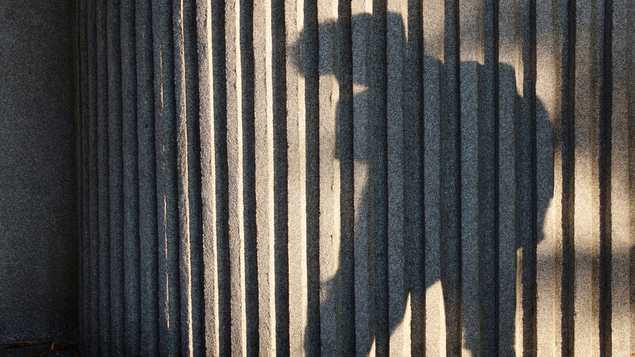 AlexLinch/iStock(PHILADELPHIA) — The 11-year-old boy who changed his last name from "Trump" after he was bullied at school was recognized over the weekend by an anti-bullying organization for his courage.
Philadelphia-based nonprofit Teach Anti Bullying honored Joshua Berto with the National Anti Bullying Medal of Courage on Saturday for "his bravery to stand tall to bullying in his school community," according to a press release. He is the 48th recipient of the award.
Joshua, who lives in Clayton, Delaware, began going by his father's last name, rather than his mother's, due to the relentless bullying he experienced after President Donald Trump began campaigning in the 2016 presidential election.
The bullying started two years ago while Joshua was enrolled at Claymont Elementary School, the Delaware News Journal reported.
His father, Bobby Berto, then pulled him out of school and homeschooled him for a year, he told ABC Philadelphia station WPVI-TV.
Joshua's mother, Megan Trump, who is not related to the president, told WPVI-TV that other kids would curse at her son, calling him stupid and an idiot. He hated his last name and felt sad all the time, his parents told the station.
The bullying got so bad the school district agreed to change Joshua's name in the system when he began at Talley Middle School in the fall, WPVI-TV reported.
In addition, many students who participated in the bullying have since apologized to him, according to the local station.
While Joshua's story is "tragic," it "provides greater awareness to many," said Dr. Claudio Cerullo, founder of Teach Anti Bullying.
"This little boy has been victim to relentless bullying simply over his last name that is associated with our 45th President of the United States," the organization wrote on Facebook after the ceremony. "Glad we cold [sic] bring a smile back to his wonderful face."
It is unclear if the family plans to legally change Joshua's name.

Florida building collapse updates: At least one dead; boy pulled from rubble alive
103-year-old who survived COVID-19 honored by her alma mater
What are your rights if your flight is canceled or changed?
How the next Manhattan DA could impact the Trump investigation
‘Power’ star Naturi Naughton honored with her own day in New York City
Trump Organization sues New York City for wrongful termination of contracts