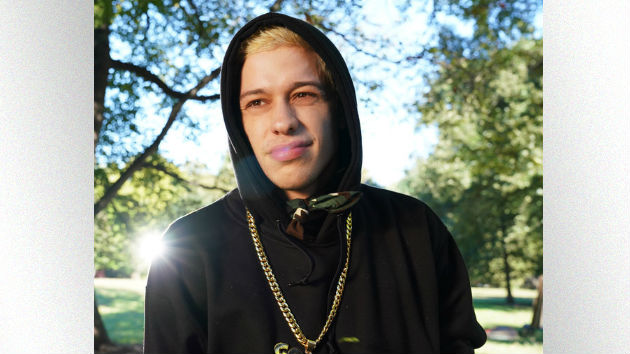 Rosalind O'Connor/NBC(NEW YORK) — After Pete Davidson posted a disturbing note on Instagram Saturday saying he didn't "want to be on this earth anymore," his friend, rapper and actor Machine Gun Kelly, tweeted that he was getting on a plane headed to New York City to support Davidson. Well, he made good on his word.

"im in the plane now on the way to see Pete. gonna make sure he’s good, i promise. can’t have my boy in the darkness like that," Kelly tweeted. The two men became friends this past summer after they filmed a movie together called Big Time Adolescence.

E! Online reports that after Saturday Night Live last night, Davidson and Kelly were seen together driving in an SUV. When Davidson dropped Kelly off, they exchanged a hug before Davidson continued on.

Police performed a "wellness check" on Davidson on Saturday before the show aired, and he was said to be "fine." His former fiancee Ariana Grande tweeted and then deleted a message to Davidson, saying she was downstairs at the SNL studios if he needed her.

On Saturday night, a smiling Davidson was seen briefly on SNL, introducing Miley Cyrus and Mark Ronson's second musical performance. He didn't appear in any other sketches, though he had a part in a pre-taped segment.