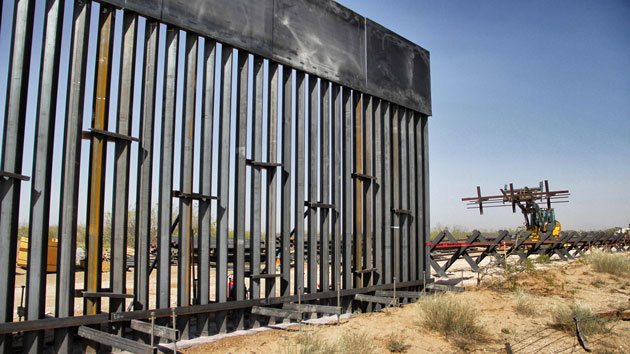 HERIKA MARTINEZ/AFP/Getty Images(WASHINGTON) — U.S. Army soldiers have removed barbed wire along the US-Mexico border in areas where the Trump administration has said more border security measures are needed after local community leaders raised concerns.
About 2 miles of military-grade wire was removed from city land in Laredo, Texas, according to Customs and Border Patrol (CBP) officials. The agency ordered the removals after hearing from local elected officials who raised environmental and public safety concerns with the wire running near community parks.
Laredo Mayor Pete Saenz, who leads the Texas Border Commission, said the Trump administration has, in part, used his community to fabricate the threat of migrants traveling north.
“They want to be overly protective,” Saenz told ABC News. “But at what cost? The cost to the local economy. The cost to our livelihoods here at the border area.”
Citing the “very real threat we face at the border,” the Trump administration recently extended the deployment of U.S. troops along the border through January.
“As the situation along the border continues to evolve, we will continue to assess our operational needs, including removal of the c-wire,” a CBP official said in a statement to ABC News.
Laredo routinely handles the bulk of trade across the US-Mexico border, which amounts to more than $200 billion each year.
Saenz emphasized the historic, cultural connection between Laredo and Nuevo Laredo, the Mexican town directly across the border line. He said the politicized decision-making has strained this relationship and threatens the local economy.
“By all means we want security, but it’s got to be done properly and weighed carefully,” the mayor said.
Razor wire has also been removed in Hidalgo, Texas, where the Rio Grande River valley acts as a natural impediment to crossing as it does throughout much of south Texas.
Even though some border communities like Hidalgo haven’t seen the direct impact from the military fortifications, City Councilman Rudy Franz says the extra measures are excessive.
“This is blown out of proportion,” Franz told ABC News. “I don’t think it’s necessary. I think it puts fear in people.”