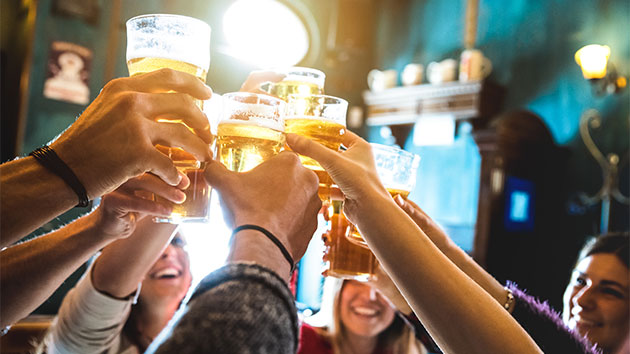 ViewApart/iStock(NEW YORK) — Utah is getting ready to implement the strictest blood-alcohol driving limits in the country.
The law, which was passed in March 2017 by Gov. Gary Herbert, will define driving under the influence as having a “blood or breath alcohol concentration of .05 grams or greater,” making it lower than the nation’s standard of .08.
Under the new law, which will go into effect Dec. 30, a person will also be charged with “automobile homicide” if they kill another person while operating a vehicle with a blood alcohol concentration (BAC) level of .05 or higher — considered a third-degree felony.
By lowering the BAC limit, Utah becomes the first and only state to take action on the National Transportation Safety Board’s recommendations to lower BAC limits to .05. In the report, NTSB stated that “more than 100 countries have already established per se BAC limits at or below 0.05.”
NTSB cited several studies supporting its recommendations. One, for example, found that the risk of being involved in a fatal crash at BACs between .05 and .079 ranged from 3 to 17 times higher, depending on the age of the driver. Another, based out of Queensland, Australia, found that the risk of fatal crashes dropped 18 percent after the limits were lowered.
According to the National Highway and Traffic Safety Administration, there were 10,874 people who died in 2017 from crashes involving a vehicle where the driver had a BAC of .08 or higher. It was the lowest number of deaths since the NHTSA first started reporting alcohol data in 1982.