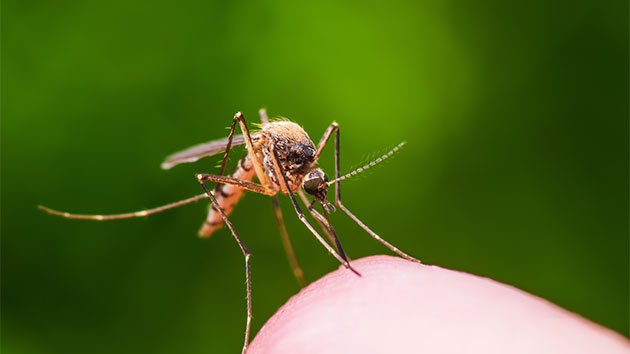 nechaev-kon/iStock(NEW YORK) — The Zika virus epidemic of 2015 resulted in thousands of Brazilian babies being born with severe brain defects after the virus was transmitted to pregnant mothers from mosquitoes. It became a public health emergency around the world because scientists weren’t prepared; they didn’t understand the virus, its transmission or how to treat the defects that it caused.
In an effort to prevent history from repeating itself, scientists are now working to develop effective vaccines for Rift Valley fever, another mosquito-borne disease that poses a risk to unborn children. Though the disease is uncommon in humans, it can spread rapidly. Since there aren’t human treatments for it, the World Health Organization says there is an “urgent need for accelerated research and development.”
In a new study, researchers from the University of Pittsburgh Center for Vaccine Research, lay the groundwork for a vaccine.
“What we don’t want is a situation like Zika again, where the virus emerges and then we learn that it has detrimental effects on developing babies,” Amy Hartman, Ph.D., the lead author of the study, told ABC News.
Although Rift Valley fever has only been reported in Africa and the Middle East, the species of mosquitoes that have been identified as able to transmit the virus — Aedes and Culex — can also be found in The United States and Europe.
Hartman said that with climate change, the urgency to find a vaccine is amplified.
“With the climate changing, the mosquito habitats are expanding. This changes the areas of the world where mosquito-borne illness, including Rift Valley fever, will be found,” said Hartman, an assistant professor of infectious diseases and microbiology in Pitt’s Graduate School of Public Health.
Human cases of the fever during pregnancy have not been studied on a large scale yet. Outbreaks have mostly been in remote areas of African nations like Madagascar, Kenya and The Republic of Niger, and those who were affected were people who worked in the vicinity of slaughtered animals, such as cattle, camels, lamb, sheep and ewes.
The outbreaks in these animals have led to high rates of miscarriages in those that were pregnant. Ewes, for example, experienced a miscarriage rate of 100 percent, according to WHO. There is a vaccine for livestock, but not for humans.
To give them a better idea of how the virus may affect humans, Hartman and her colleagues developed the first lab-friendly rodent model to study the virus’ gestational impact. In their study, the researchers showed that Rift Valley fever could be transmitted from pregnant mother to child through the placenta, resulting in high rates of stillbirths. There were no outward signs of disease, just like with Zika.
“Our model is similar to what is seen in livestock,” Cynthia McMillen, Ph.D., a postdoctoral researcher in Hartman’s lab, said in a press release. “The adults may have little or no disease symptoms, but still have significant damage to the placenta and their offspring. This observed pathology and vertical transmission of the virus can explain how Rift Valley fever virus infection leads to fetal demise.”
When the researchers tested the virus in human placental tissue, they found similar results. In fact, not only was the virus successful in infecting the tissue, it was even better at passing through the mother-child barrier than other vertically transmitted viruses, such as Zika.
“Zika has to take smaller ‘side roads’ through the placenta, and it’s a less efficient process. That’s why not all women who contract Zika go on to have babies with congenital defects,” said Carolyn Coyne, Ph.D., professor of pediatrics at UPMC Children’s Hospital of Pittsburgh and a leading expert on viral infections of the placenta, in a press release.
“But Rift Valley fever virus has mechanisms that overcome the placenta’s antiviral strategies. It takes ‘the expressway’ to get into the placenta fastest and easiest,” Coyne added. “Rift Valley fever is more pathogenic in fetal tissue than Zika ever has been.”
While Hartman and her colleagues work on laying the groundwork for a vaccine, she has advice for the rest of us.
“Right now, the main thing to take away would be education,” she said. People should be aware that this virus has the potential to affect fetuses, and they should “take utmost precaution to prevent mosquito bites. Since we don’t have a vaccine yet, it would be an awareness effort.”