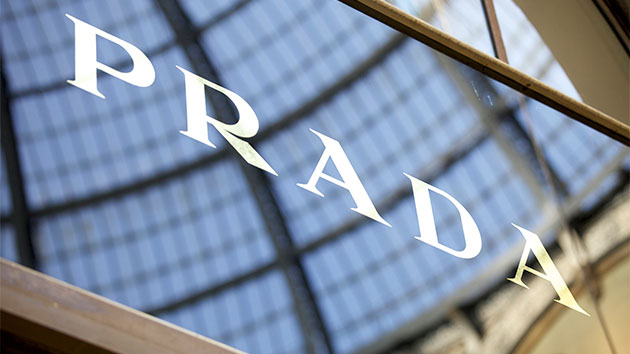 Massimo Merlini/iStock(NEW YORK) — Luxury Italian fashion house Prada announced that it will pull certain accessories from stock following accusations that the merchandise perpetuates blackface imagery.
Chinyere Ezie, a New York-based civil rights lawyer and social justice activist, said she spotted the "shocking" products in the windows and on the shelves of Prada's store in New York City's SoHo neighborhood in Manhattan on Thursday.
The figurines and $550 keychains, part of Prada's Pradamalia line, featured dark black faces and over-sized red lips, which Ezie said were reminiscent of the racist images and dehumanizing caricatures of black people that appeared in American theater and literature beginning in the 19th century.
In particular, Ezie pointed out similarities between the Prada merchandise and some versions of the children’s book "Little Black Sambo," whose illustrations were considered racist stereotypes of dark-skinned people.
"I was shocked to see blackface and Sambo images in a Prada SoHo window display in 2018," Ezie, a staff attorney at the Center for Constitutional Rights, said in a statement obtained by ABC News Saturday. "This iconography has been used throughout history to mock and demean black people and strip us of our humanity — oftentimes in response to our efforts to assert our rights."
Ezie said she happened to come across the Prada storefront on her way back to her New York City office from a civil rights conference in Washington, D.C., where she saw an exhibit on blackface at the Smithsonian National Museum of African American History and Culture.
"It was a cruel reminder of how history continues to repeat itself," she said.
Ezie posted photos of the display on social media and expressed her outrage in a now-viral Facebook post, in which she called for people to boycott Prada.
New York City Council member Jumaane Williams shared Ezie's outrage, saying he wants to know who's behind the decision-making at Prada.
"Who looked at this marketing scheme and said this was OK?" Williams told ABC New York City station WABC in an interview Friday. "Let's pretend you've never seen history, those exaggerated features look OK to you?"
Prada released a statement on Friday announcing the company's decision to pull the products, which it said are "fantasy charms" and weren't intended to be offensive.
"Prada Group abhors racist imagery. The Pradamalia are fantasy charms composed of elements of the Prada oeuvre. They are imaginary creatures not intended to have any reference to the real world and certainly not blackface," a Prada Group spokesperson said in a statement obtained by ABC News. "Prada Group never had the intention of offending anyone and we abhor all forms of racism and racist imagery. In this interest we will withdraw the characters in question from display and circulation."
Ezie is now calling on Prada to donate any profits from the sale of the figurines to organizations that work to combat racism.
"Everyday racism is just a bitter pill that black people have to swallow, but we can fight back," she said.