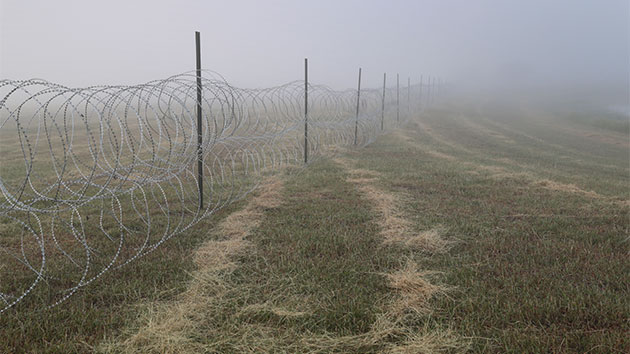 John Moore/Getty Images(NEW YORK) — The recent death of a 7-year-old girl in U.S. government custody appears to have been one of four people who died this month trying to cross the Mexico border, and one of more than 260 this year, according to an unclassified government report obtained by ABC News.
The report, marked “sensitive but unclassified,” had been updated on Friday, suggesting that Jakil Caal Maquin, 7, was counted among those four December deaths counted by border authorities.
The figure represents migrant deaths recorded by border officials within their area of responsibility and is not exclusive to people in U.S. custody.
For example, 50 deaths in 2018 are marked as “water-related,” presumably people who drowned trying to cross sections of the border marked by rivers.
Another 27 deaths were skeletal remains discovered by American authorities.
Exposure to heat was attributed to the largest number of deaths.
The figures paint a grim picture for the caravans of migrants making their way to the U.S. border.
This week, the death of Maquin sparked an uproar among congressional Democrats and advocacy groups.
U.S. Customs and Border Protection confirmed Friday that the Guatemalan child died shortly after turning herself in with her father at a remote New Mexico border crossing.
A total of 281 deaths were counted in the 2018 budget year, which ended Sept. 30, according to the document. Since then, another 32 people have been found dead — a figure that includes the four in December.
The document states that the vast majority of deaths in the recent budget year — 117 — were migrants from Mexico. Another 116 people were “unknown.” It counts 19 people who died in 2018 from Guatemala, 14 from Honduras and eight from El Salvador.
The number of deaths actually represents a slight drop in prior years, including 2016 — before President Donald Trump took office — when 329 migrant deaths were recorded by border officials.
The document notes that the numbers are “preliminary and subject to change.”
Maquin was traveling from Guatemala with her father as part of a group of 163 people, including 50 children who were without parents or guardians, according to Department of Homeland Security officials who spoke with reporters on a conference call on Friday.
When they were apprehended in a remote desert area near the New Mexico border around 9 p.m. on Dec. 6, officials said, the girl was assessed to be in good health and the father signed a form saying she was not sick.
But by 5 a.m. the following morning when Maquin and her father got on a bus to a nearby military base, she was sick and vomiting, according to officials.
Agents called ahead to Lordsburg Border Patrol Station about 95 miles away, where the bus was headed, officials said, so that paramedics could meet them when they arrived. By the time they arrived around 6:30 a.m., the young girl's father told agents she wasn't breathing, officials said.
Paramedics determined she had a 105.9-degree fever and she was airlifted to a children's hospital in El Paso, Texas, where she went into cardiac arrest and later died.
Maquin was one of a group of more than 160 migrants apprehended by four border patrol agents the night of Dec. 6. There was no medical staff on the scene, officials said, describing the border crossing as extremely remote.
Copyright © 2018, ABC Radio. All rights reserved.