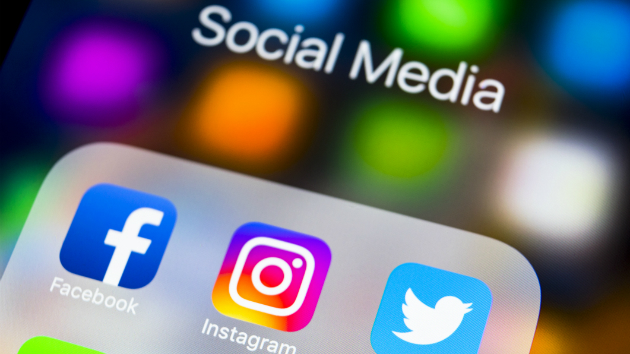 bigtunaonline/iStock(WASHINGTON) — Post a photo of a baby on Facebook and you’ll see ads for diapers, toys and more, or purchase a gift for a friend’s new baby and you’ll start getting ads for baby products yourself. Users of social media know the drill when it comes to ads.
Now, one mom is calling out tech companies after her own emotional experience with ad targeting.
Gillian Brockell, of Washington, D.C., said she was inundated with ads for baby products the first time she picked up her phone after delivering her stillborn son in November.
Brockell posted an open letter on Twitter asking tech companies to fix their algorithms so that users are not confronted by ads they don’t want to see.
“Please, Tech Companies, I implore you: If your algorithms are smart enough to realize that I was pregnant, or that I’ve given birth, then surely they can be smart enough to realize that my baby died, and advertise to me accordingly — or maybe, just maybe, not at all,” she wrote.
"We never asked for the pregnancy or parenting ads to be turned on; these tech companies triggered that on their own, based on information we shared. So what I’m asking is that there be similar triggers to turn this stuff off on its own, based on information we’ve shared," Brockell added.

The letter by Brockell was published this week by The Washington Post, where she works as a video editor.
Brockell, who declined to comment for this article, noted in her letter that social media platforms should be able to detect from her online activity that she did not deliver a healthy baby.
“But didn’t you also see me googling 'braxton hicks vs. preterm labor' and 'baby not moving'? Did you not see my three days of social media silence, uncommon for a high-frequency user like me?” she wrote. “And then the announcement post with keywords like 'heartbroken' and 'problem' and 'stillborn' and the 200 teardrop emoticons from my friends? Is that not something you could track?”
Brockell’s letter has been shared on Twitter more than 25,000 times. Many of the commenters shared similar experiences.
“I received big envelopes and packages in the mail from Shutterfly on my baby’s due date and for many months, encouraging me to capture memories of the first year. I had miscarried at 12 weeks and I never signed up for Shutterfly. So sorry for your loss,” wrote one commenter.
“Heartbreaking. I lost four pregnancies (although thankfully all much earlier) so I absolutely understand exactly how horrific these posts can be. So sorry and wishing you all the best in persuading them to tackle this,” wrote another.
Brockell also received a tweet in reply to her post from Rob Goldman, the vice president of ads for Facebook, who said the platform is working on the issue.
Goldman shared that there is a way to change ad settings manually on Facebook, by going to Settings>Ad Preferences>Hide ad topics.
Brockell said in a later tweet that once she adjusted her ad settings on Facebook, she received an ad about adoption.
Facebook and Instagram, which is owned by Facebook, did not reply to requests for comment.
"We cannot imagine the pain of those who have experienced this type of loss,” a spokesperson for Twitter told ABC News' Good Morning America in a statement. “We are continuously working on improving our advertising products to ensure they serve appropriate content to the people who use our services."
Copyright © 2018, ABC Radio. All rights reserved.