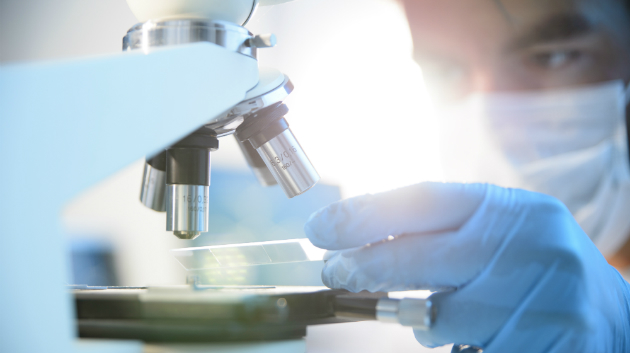 nicolas_/iStock(WASHINGTON) — The National Institutes of Health said Thursday it has stopped procuring human fetal tissue for some research projects while it waits for the Trump administration to complete an audit of the role the tissue plays in federally-funded experiments.

The NIH, a primary federal hub for U.S. medical research overseen by the Health and Human Services Department, also said it has initiated a $20 million effort to find alternatives.
The review is likely to revive a fierce debate between anti-abortion groups, which contend the use of fetal tissue in science is unethical, and much of the scientific community, which says it plays a vital role in studying things like cancer in children, the impact of the Zika virus and new therapies for HIV.
The dispute is reminiscent of President George W. Bush's fight to restrict stem cell research, which divided Republicans and ultimately resulted in his administration allowing government-funded research using 21 existing stem cell lines created before August 2001. President Barack Obama reversed that restriction.
“We are a pro-life, pro-science administration,” said Caitlin Oakley, a spokesperson for the Health and Human Services Department, in an emailed statement to ABC News.
“This means that we understand and appreciate that medical research and the testing of new medical treatments using fetal tissue raises inherent moral and ethical issues,” she said. “This also means that we place a high value on the work NIH does in creating new discoveries that result in cures and improved quality of life.”
HHS Secretary Alex Azar is conducting a review of fetal tissue use in federally-funded research "with the utmost seriousness and concern," Oakley said.
Last week, the Science Insider first reported that the Trump administration had ordered NIH to stop acquiring fetal tissue for experiments.
HHS had already announced last September it was reviewing the use of fetal tissue.
On Thursday, an NIH spokeswoman said in an emailed statement to ABC News that the organization had decided to "put a pause in place for procuring new human fetal tissue within its intramural program (research conducted by NIH investigators) until the conclusion of the audit, an action NIH thought was prudent given the examination of these procurements."
The spokeswoman added that "research with tissue already on hand could proceed, and NIH leaders asked to be notified by intramural investigators if new procurement would be necessary." She said there was no procurement block for "extramural research," or work done at institutions that receive funding from NIH.
"The intent was to pause procurement, not the research," according to NIH. "We are determining appropriate next steps to obtain tissue so that the research project can resume."
Researchers use fetal tissue to create cell cultures that can mimic certain attributes of the human body in a way that's difficult to replicate, many scientists say. According to the Congressional Research Service, NIH began supporting research involving fetal tissue in the 1950s, and in 2017 spent $98 million on grants and projects that had some involvement with fetal tissue.
"This tissue would be discarded if not donated for crucial biomedical research," said Sally Temple, former president of the International Society for Stem Cell Research and co-Founder of the Neural Stem Cell Institute in Rensselaer, New York.
Temple testified Thursday on the matter before a House Oversight and Government Reform subcommittee. In prepared testimony, she said fetal tissue has been vital in studying developmental conditions such as the effects of the Zika virus on an unborn child.
"The use of donated fetal tissue, including placental tissue, improved our understanding of how Zika behaves in the body and crosses the placenta to infect specific types of fetal brain cells" and cause malformations such as microcephaly, she said. Other "research models" don't exist, she said.
Tara Sander Lee, an associate scholar with the Charlotte Lozier Institute, an anti-abortion group, told the House Oversight and Government Reform Committee that "very little research" currently relies on "abortion-derived fetal tissues."
"We do not need fetal body parts from aborted babies to achieve future scientific and medical advancements," she said in prepared testimony.
On Monday, NIH announced that it plans to spend $20 million to find other alternatives.
"Research using these tissues has been important in shedding light on scientific questions fundamental to biomedical research, ranging from understanding basic physiologic mechanisms to understanding normal human tissue developmental and disease processes," the NIH wrote. "However, new technologies raise the potential of reconstituting these model systems without fetal tissue yielding more replicable and reproducible system for broader uses."
House Democrats said Thursday they aren't convinced there is a viable alternative to fetal tissue, setting up a potential clash between the Trump administration and Congress when Democrats take control of the House next year.
"Scientists are actively investigating potential alternative sources, and we should support those efforts," said Rep. Gerald Connolly of Virginia, a member of the House Oversight and Government Reform Committee.
"But for now, fetal tissue is simply irreplaceable, and any efforts to substitute it would be harmful to the critical research it supports," he said.
Copyright © 2018, ABC Radio. All rights reserved.