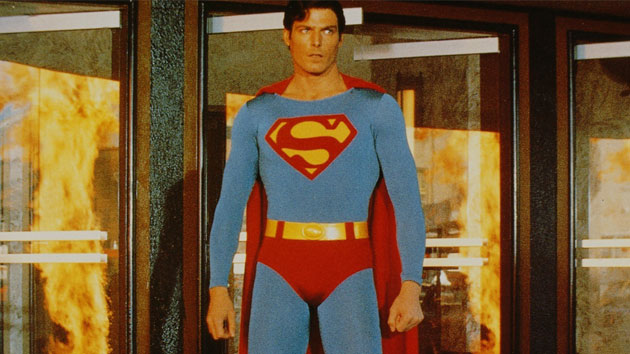 Röhnert/ullstein bild via Getty Images(NEW YORK) — Although the Man of Steel turned 80 this past spring, the original — and some say most comics-faithful — big-bow of Superman turns 40 years old Saturday.

Superman: The Movie featured a pitch-perfect performance from the late Christopher Reeve in the tights and cape of the Kryptonian hero, as well as the eyeglasses of his mild-mannered reporter alter-ego, Clark Kent.

Director Richard Donner called the shots on the acclaimed film, which also boasted performances from Oscar winner Marlon Brando as Superman's dad, Jor-El; another Academy Award winner in Gene Hackman as Lex Luthor; and the late Margot Kidder as intrepid reporter Lois Lane. And of course, its stirring soundtrack and theme were provided by Oscar-winning legend John Williams.

Mario Puzo of The Godfather fame wrote the screenplay, and Brando himself made upward of $20 million for just 12 days of work.

Made for $55 million — at the time, the most expensive movie ever made — Superman went on to make $300 million worldwide and spawned three sequels starring Reeve. The second, 1981's Superman II — is still considered one of the genre's finest, even in a day and age where superhero movies are commonplace.

Superman was nominated for three Academy Awards — Best Film Editing, Best Sound and Best Original Score — and won the Academy's special achievement award for Visual Effects, for making people believe, as the movie's poster claimed, "that a man can fly."

The Library of Congress recognized Superman in 2017 by inducting it into the National Film Registry.