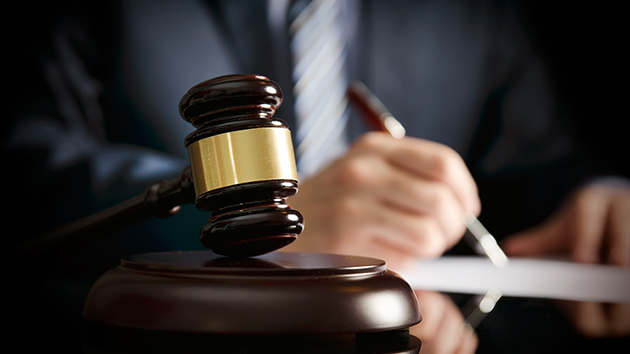 simpson33/iStock(NEW YORK) — A federal district judge in Texas dealt a blow to the Affordable Care Act on Friday night, deeming the entire legislation unconstitutional without the individual mandate — which was eliminated in the GOP-passed tax bill last year.
The decision comes in a case brought by 20 Republican state attorneys general challenging the constitutionality of the ACA. The ruling will likely be appealed, and could eventually reach the United States Supreme Court.
President Donald Trump tweeted about the ruling Friday night, calling on Congress to "pass a STRONG law that provides GREAT healthcare and protects pre-existing conditions."
The ruling comes just one day before the deadline to enroll at healthcare.gov.
House Speaker-designate Nancy Pelosi, D-CA, released a statement Friday night calling the ruling "absurd."
"Tonight's district court ruling exposes the monstrous endgame of Republicans' all-out assault on people with pre-existing conditions and Americans' access to affordable health care," Pelosi said.
"While the district court's absurd ruling will be immediately appealed, Republicans are fully responsible for this cruel decision and for the fear they have struck into millions of families across America who are now in danger of losing their health coverage," she said.
Senate Minority Leader Chuck Schumer, D-NY, echoed that sentiment, criticizing the ruling that he said is "based on faulty legal reasoning."
"If this awful ruling is upheld in the higher courts," Schumer said on Twitter, "it will be a disaster for tens of millions of American families, especially for people with pre-existing conditions."
Copyright © 2018, ABC Radio. All rights reserved.