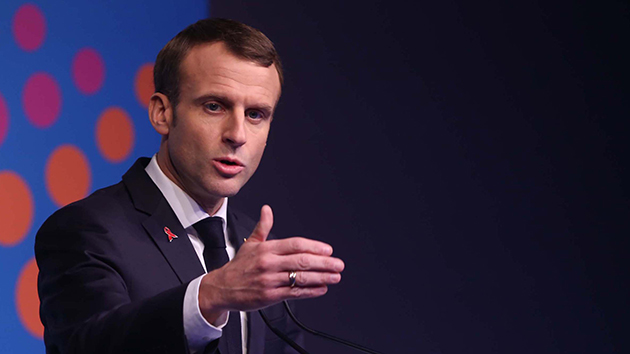 Photo by Gustavo Muñoz/Getty Images(BRUSSELS) — French President Emmanuel Macron urged for calm on Friday, as his country prepares for another day of expected protests this weekend.
While Macron announced an increase to the minimum wage next year and cancelled a tax hike for the poorest pensioners, many remain unsatisfied. That in response to the so-called Yellow Jackets movement — named after the neon yellow security vests demonstrators have been wearing.
"Out country needs calm," Macron said from Brussels, where he was attending a European Union summit. "It needs order. It needs to function normally again."
French authorities, meanwhile, are prepared to deploy various measures, including armored vehicles and thousands of security forces. It would be the fifth straight weekend of protests, which have become violent, in Paris.
Many demonstrators over the last four weekends were seen wearing gas masks or ski goggles, and some threw rocks or other projectiles at police. There were also reports of cars set on fire, barricades built and store windows broken.
Copyright © 2018, ABC Radio. All rights reserved.