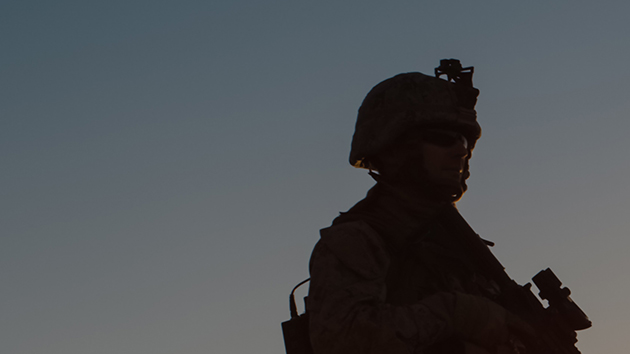 gorodenkoff/iStock(NEW YORK) — A former U.S. Army Green Beret has been charged with the 2010 murder of a man he suspected of being a Taliban bombmaker.
The charges follow multiple investigations of Major Matthew Golsteyn's role in the man's death that he once admitted to Fox News during a 2016 interview.
"Major Matthew Golsteyn's immediate commander has determined that sufficient evidence exists to warrant the preferral of charges against him," said Lt. Col. Loren Bymer, a spokesman for U.S. Army Special Operations Command.
"Major Golsteyn has been charged with the murder of an Afghan male during his 2010 deployment to Afghanistan," he continued.
On Thursday, Golsteyn’s attorney Philip Stackhouse tweeted that he had been charged with "premeditated murder, a death penalty offense for allegedly killing a Taliban bomb-maker during combat operations in Marjah, Afghanistan."
The announcement of the murder charge against Golsteyn are the result of multiple Army investigations of his deployment to Helmand Province in southern Afghanistan as part of a Special Forces unit.
It was during that deployment that Golsteyn is alleged to have killed a man suspected of having been a Taliban bomb maker responsible for the deaths of two Marines.
Army Criminal Investigation Command's initial investigation of Golsteyn began after he admitted in a 2011 CIA job interview that he had killed the man he suspected as being the bomb maker.
That investigation did not determine conclusively that Golsteyn had killed the man, but it resulted in his losing a Silver Star for heroism he had earned during the deployment.
A later review resulted in his leaving the Army in 2015 with a general discharge.
A new Army investigation was trggered following Golsteyn's October, 2016 appearance on Fox News where acknowledged that he had killed the man during his deployment.
Golsteyn was recalled to active duty by the Army to await the results of the new investigation.
Stackhouse, Golsteyn's attorney, said he would be "relentless in defending him."
"MAJ Golsteyn is a humble servant-leader who saved countless lives, both American and Afghan, and has been recognized repeatedly for his valorous actions," Stackhouse tweeted. "We will be relentless in defending him.
Copyright © 2018, ABC Radio. All rights reserved.