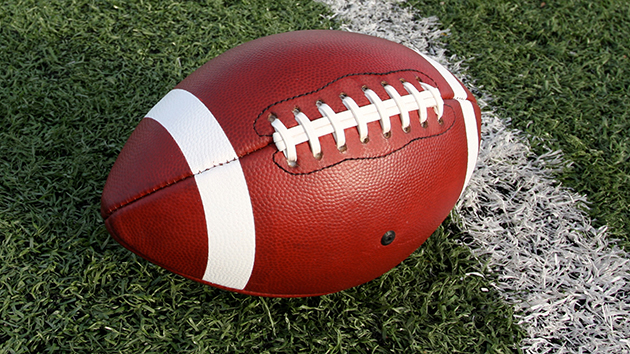 33ft/iStock(TUSCALOOSA, Ala.) — Former University of Maryland football coach D.J. Durkin has been working with the University of Alabama coaching staff this week, ahead of the Crimson Tide's College Football Playoff game.
Durkin was fired by the University of Maryland in October after two investigations into the program — focusing on the death of offensive lineman Jordan McNair and the culture Durkin had created.
Alabama head coach Nick Saban has invited a number of former head coaches to spend time with the Alabama staff in recent years, including Hugh Freeze, Chip Kelly, Lane Kiffin, Butch Jones, Steve Sarkisian and Rich Rodriguez. Freeze, Kelly and Kiffin all eventually received head coaching jobs elsewhere after working with Alabama, while Jones, Kiffin and Sarkisian each ended up on the Alabama coaching staff.
Sources told ESPN that Durkin has not been hired in any capacity, and was solely offering input ahead of Alabama's game against Oklahoma on December 29. ESPN also says Durkin has met with multiple NFL teams since his firing to "watch tape and offer input."
Copyright © 2018, ABC Radio. All rights reserved.