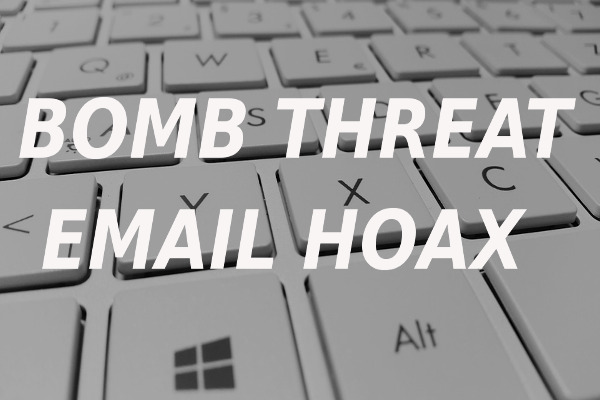 Pennsylvania – Businesses, schools, media companies, and banks were all on high alert yesterday throughout Pennsylvania after several bomb threats were emailed to them.

However, police believe that these threats were part of a nationwide hoax and so far are not considered to be a credible threat.

The Penn State campus in State College and a Johnstown-based newspaper were among some of the places that received the emails. Classes continued as usual at Penn State.

Locations nationwide were sent the emails, including businesses in New York, Washington DC, and Chicago.

The email, which sometimes had the title “Think Twice” generally threatened to detonate a bomb if a Bitcoin payment wasn’t made to the scammer.

Although the threats were a hoax, police are continuing to investigate.