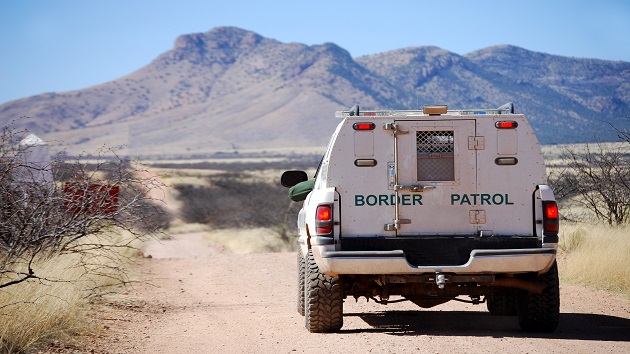 iStock/Thinkstock(EL PASO, Texas) — About a week ago, a 7-year-old girl, taken into U.S. Border Patrol custody while attempting to cross into the United States with her father, died after suffering a high fever and going into cardiac arrest, according to the Department of Homeland Security.
Democrats immediately called for an investigation and the ACLU criticized how migrants are treated once arrested.
The Washington Post, which first reported the story, cited U.S. Customs and Border Protection as saying the young girl was from Guatemala and had taken into custody in a stretch of desert in New Mexico.
The girl began having seizures eight hours after she was taken into custody by Border Patrol agents, according to DHS. Paramedics determined she had a 105.7-degree fever and she was airlifted to a hospital in El Paso, Texas, where she went into cardiac arrest. She was revived, DHS said, but did not recover.
She died at the hospital less than 24 hours later, DHS said.
She and her father were traveling in a large group and were about 90 miles away from the processing point, DHS Secretary Kirstjen Nielsen said in an interview Friday morning on Fox News. Border Patrol agents had to make repeated attempts to round up the group, Nielsen said, and gave immediate care.
Nielsen said the girl's death was "heart-wrenching" and an example of the dangerous trek to cross into the U.S. through its Southwest border.
"We gave immediate care, we'll continue to look into the situation, but again, I cannot stress enough how dangerous this journey is when migrants choose to come here illegally," Nielsen said.
What happened with the girl, whose name has not been released, adds to a growing concern about a number of deaths related to substandard healthcare provided in border facilities.
Cynthia Pompa, an advocacy manager for the ACLU Border Rights Center, said the girl's death shed a light on "inhumane conditions" at CBP facilities.
"Lack of accountability, and a culture of cruelty within CBP have exacerbated policies that lead to migrant deaths. In 2017, migrant deaths increased even as the number of border crossings dramatically decreased," Pompa said.
“When the Trump administration pushes for the militarization of the border, including more border wall construction, they are driving people fleeing violence into the deadliest desert regions. The fact that it took a week for this to come to light shows the need for transparency for CBP. We call for a rigorous investigation into how this tragedy happened and serious reforms to prevent future deaths,” she said.
On Thursday, ABC News reported on the death of 52-year-old Gerardo Cruz, a father of six who died after 25 days in CBP custody, where his cellmate said he was throwing up blood.
Cruz died in February, 25 days after he was first detained, 18 days after he arrived at a detention center in San Diego, and 17 days after first seeking medical attention.
And in August, a mother filed suit against a detention center because of the death of her toddler, who died from a respiratory infection more than two months after her and her mother were detained.
According to a claim filed by Yazmin Juarez, whose young daughter was named Mariee, the little girl contracted the sickness in the immigration detention facility.
Human Rights Watch, which reviewed the 52 publicly available death reports of the 81 detainees who have died in detention since 2010, determined in June that almost half of those deaths were linked to substandard care.
Rep. Beto O'Rourke, a Democrat from Texas who recently garnered popularity when he ran to unseat Republican Sen. Ted Cruz, called for a "complete investigation and the results shared with Congress and the public" on Thursday, after reports came out about the girl's death.
He was joined by other prominent Democrats, including Rep. Jerry Nadler of New York, who said Nielsen would face questions before the House Judiciary Committee next week in a previously-scheduled hearing.
The committee "will be demanding immediate answers to this tragedy," Nadler said.
Copyright © 2018, ABC Radio. All rights reserved.