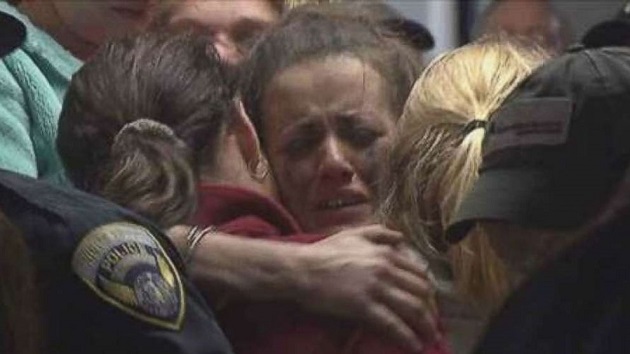 ABC News(CLEAR CREEK, W.Va.) — After being trapped in an abandoned West Virginia coal mine for days, a pair of young explorers said they learned the biggest lesson of their lives.
"Everyone who was involved in searching for us, I just wanna thank you, with everything inside of me — this is the biggest lesson I've ever learned in my life," Cody Beverly, 21, told ABC News on Wednesday. "This is a life-changing experience for me."
Beverly and two friends — Kayla Williams, 25, Erica Treadway, 31 — were discovered and rescued from the Rock House Powellton mine in Clear Creek, about 30 miles southeast of Charleston, West Virginia, on Wednesday night. They entered the inactive coal mine around 3 a.m. on Saturday looking for copper, officials said.
"All the effort that everybody put in to get us out, we really appreciate it, and we thank God," Williams told ABC News on Wednesday. "We have great families. We knew they was going to find us."
Beverly and Williams spoke with reporters outside of Charleston General Hospital, where they were taken for an evaluation after being rescued.
All three were released from the hospital early Thursday. Treadway declined to comment.
"I'm just glad to be home with my family, my friends, my brothers, that I see around me right now, my family," Beverly said.
When asked how they managed to survive, Beverly said, "We drank mine water."
"We had no food," he said. "We just found a stream in the mine and started drinking it and hoping and praying to God it wasn't contaminated."
Williams said they "panicked sometimes," but the pair said prayer, determination and God is what got them though.
"We just want to thank God, that's the main person we're thanking," Beverly said. "We stayed together and we prayed to God. … We pulled together as much as we could."