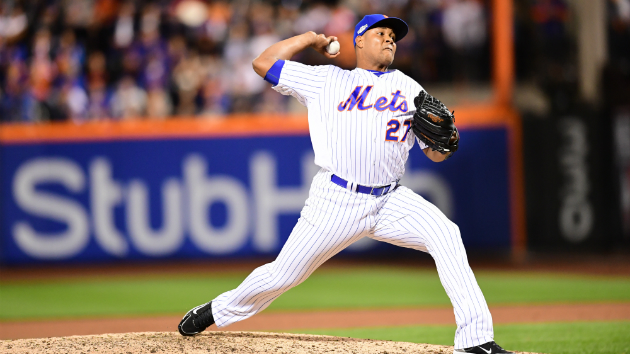 Scott Clarke / ESPN Images(NEW YORK) — It appears relief pitcher Jeurys Familia is heading back home to Queens.
Multiple reports say the Dominican right-hander has agreed to a three-year deal with the New York Mets. The deal, which is pending a physical, is for $30 million.
Familia, 29, joined the Mets as a non-drafted free agent in 2007 when he was 17. He made his MLB debut with New York five years later.
Familia remained with the Mets until this past July, when he was traded to the Oakland Athletics.
Last season, he had a 3.13 ERA with 83 strike outs and 18 saves.
So far in his career, Familia has a 2.73 ERA with 369 strike outs and 124 saves.
Copyright © 2018, ABC Radio. All rights reserved.