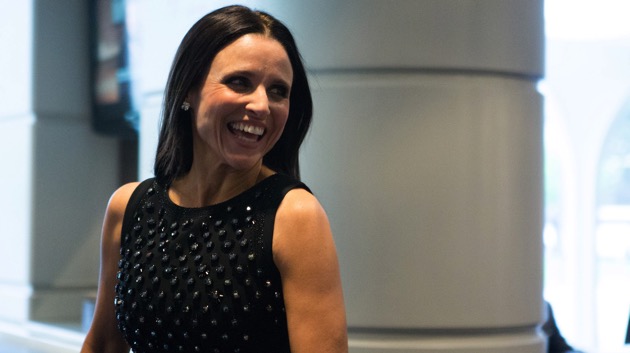 Allison Shelley/Getty Images(NEW YORK) — Julia Louis-Dreyfus is slowly opening up about her battle with cancer in the past year.
The 57-year-old mother-of-two was diagnosed with breast cancer in September 2017. She completed three rounds of chemotherapy, taking time off from her projects to prioritize her health.
Louis-Dreyfus has since returned to her hit HBO show Veep, which she both stars in and produces, to film its final season.
After dealing with such a serious illness, she’s says she’s changed.
"I have a different kind of view of my life now, having seen that edge—that we’re all going to see at some point, and which, really, as a mortal person you don’t allow yourself to consider, ever. And why would you? What are you going to do with it?" she said in a recent profile with The New Yorker. "I was a little more breezy before. I was a little . . . breezy."
The star’s mother, Judith Bowles, said that her daughter’s battle with breast cancer “was horrific.”
"Her strength, just now, is coming back. It takes about a year," she said.
Despite how difficult and painful the illness was for Louis-Dreyfus, she never let herself imagine the unimaginable — succumbing to the disease.
"Don’t misunderstand: I was to-my-bones terrified. But I didn’t let myself—except for a couple of moments—go to a really dark place. I didn’t allow it," she said.
Louis-Dreyfus recalled one day in particular when she was undergoing treatment. She was preparing for her acceptance speech for the Mark Twain Prize for American Humor, which she received in October 2018, with writer friends and colleagues.
She told The New Yorker, "The old cliché about laughter being the best medicine turns out to be true: when I was getting my hideous chemotherapy, I’d cram a bunch of friends and family into the tiny treatment room with me. Gosh, as I’m saying this I’m going to cry."
Along with battling cancer, Louis-Dreyfus lost two family members in the last two years.
Her father died in September 2016 and her sister, Emma, 44, died suddenly in August on a camping trip from a fatal seizure.
An autopsy found she had cocaine and alcohol in her body.
"Given the fact that that heinous s— came out, I would simply say I’ve kept this under wraps out of reverence for my dearest Emma," Louis-Dreyfus told The New Yorker.
"It’s been a very bad period of time," she added.
Copyright © 2018, ABC Radio. All rights reserved.