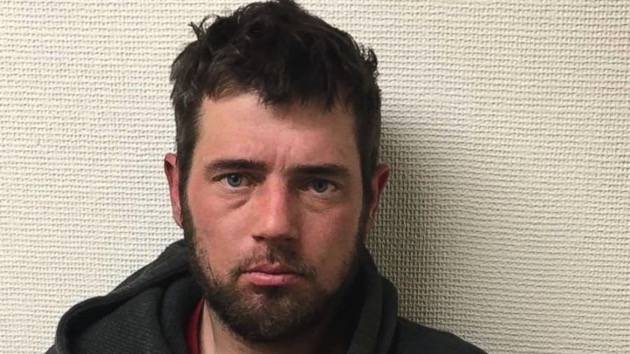 Benjamin Eads, of Freedom, Ind., is pictured in this mugshot. Credit: Indiana State Police
Posted on December 13, 2018 by ABC News

Benjamin Eads, of Freedom, Ind., is pictured in this mugshot. Credit: Indiana State Police(CHARLESTOWN, Ind.) — A police officer in southeastern Indiana was killed in a high-speed chase Wednesday night, authorities said.
The pursuit began in Clark County when Sgt. Benton Bertram of the Charlestown Police Department attempted to pull over a teal colored 1998 Toyota Corolla for a traffic violation on Indiana State Road 3. The driver sped off and fled into neighboring Scott County.
As Bertram chased the car and approached the intersection with Indiana State Road 56 east of Scottsburg, the officer lost control of his vehicle, driving off the roadway and hitting a tree in the front yard of a nearby residence. Bertram, 35, died at the scene of the crash, according to a press release from the Indiana State Police.
He was a nine-year veteran of the Charlestown Police Department.
"Charlestown suffered a great loss last evening of one its police officers in the line duty," Charlestown Mayor Bob Hall said in a statement on Facebook early Thursday morning. "We have a small close knit department and it is like losing one of our family."
Authorities later located the driver of the car that Bertram was pursuing, identified as 35-year-old Benjamin Eads of Freedom, Indiana. He was arrested on preliminary charges of resisting law enforcement and auto theft. He was being held at the Scott County Jail, police said.
Indiana State Road 56 remained closed until 4:30 a.m. local time Thursday as investigators remained on scene, trying to reconstruct the crash.
"At this time, the crash and pursuit are still under investigation," Sgt. Carey Huls of the Indiana State Police said in a press release Thursday.
Copyright © 2018, ABC Radio. All rights reserved.