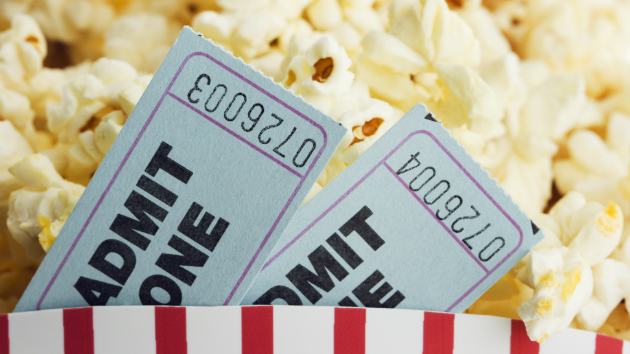 YinYang/iStock(LOS ANGELES) — This year has been a pivotal time for women in Hollywood with the emergence of the Time’s Up and the #MeToo movements.
Feminism has been pushed to the forefront, and more women in film are raising their voices for gender equality in show business.
A recent study examining top-grossing films in the U.S. — commissioned by Time’s Up — found that those with female leads outperformed male-led films. The data examined 350 films, released from January 2014 to December 2017, across all budgets.
Of the films examined, 105 are categorized as female-led and 245 are categorized as male-led.
Studio System by Gracenote, an entertainment database, determines the status of a film’s lead by who is listed first in the film’s press materials. Trailers and one-sheets were used when that information was unavailable, according to the website.
When assessing co-leads, the first name listed in the database for the film was considered the lead.
The study, conducted by Los Angeles-based talent and sports agency Creative Artists Agency (CAA) and shift7, a technology company, categorized the pictures into five budget levels: under $10 million, $10 million to $30 million, $30 million to $50 million, $50 million to $100 million, and over $100 million.
Movies with female leads grossed more money in every category.
"This is powerful proof that audiences want to see everyone represented on-screen," said Amy Pascal, head of Pascal Pictures and former chairman of Sony Pictures, in a press release. "Decision-makers in Hollywood need to pay attention to this."
Christy Haubegger, an executive at CAA who worked on the project, said the group intended to eradicate a very common stigma in the film industry.
"What we knew is that there was a perception, when we talked to the women executives and producers and asked why we don’t see more female protagonists," she told ABC News.
"One of the quick responses everybody had was it was perceived to not be as lucrative — that female led films don’t make as much money. That was an assumption that most people in our industry were working with. Then the question was 'Well is that true? Is that backed up by data?'" said Haubegger.
The group’s findings proved the opposite.

"This critical, conventional wisdom is actually just not true, and we certainly should be able to see a greater number of female protagonists going forward," she added.
The findings give hope to many within the industry.
“The report released today confirms what many of us have known: that films with women at the center are good business and good entertainment,” said Kirsten Schaffer, executive director of Women In Film Los Angeles, a group that advocates for women working in the film industry, in a statement to ABC News.
The study also examined which films passed the Bechdel test, which measures if a film has at least two female characters who speak to each other about something other than a man.
The films that passed this criteria outperformed those that did not, of the 350 films examined in the study.
Copyright © 2018, ABC Radio. All rights reserved.